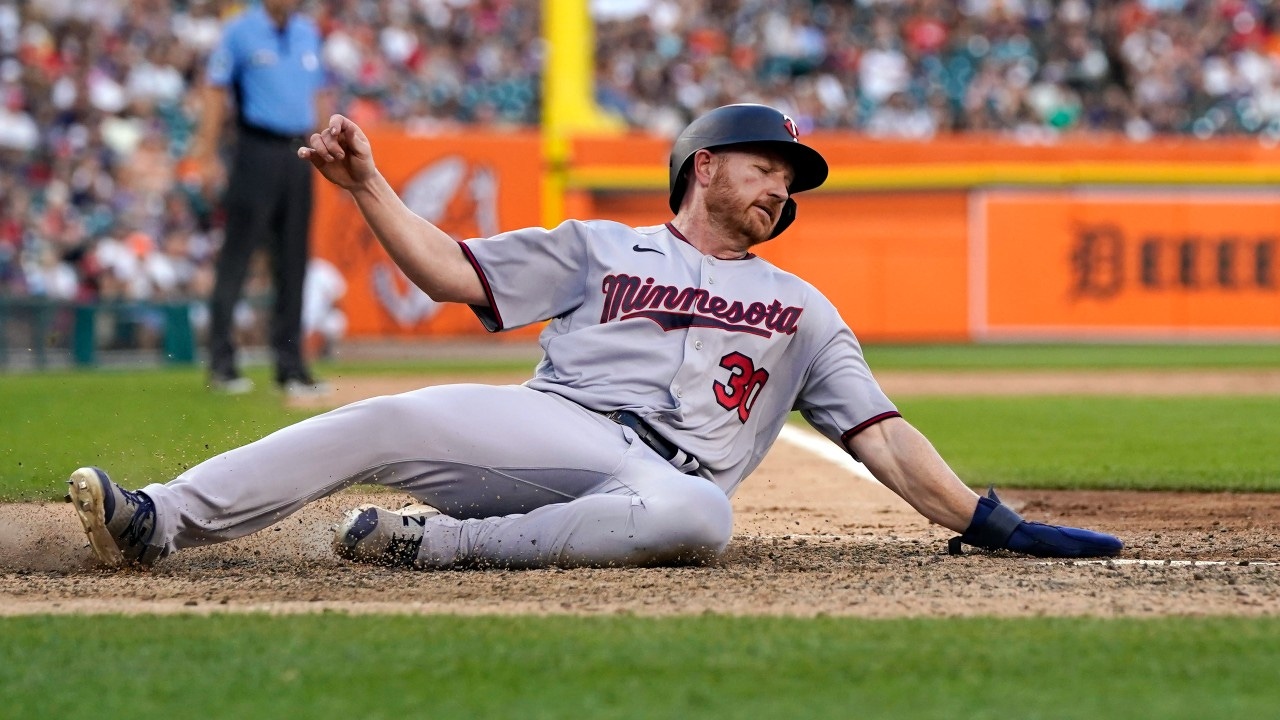 Minnesota Twins' Kyle Garlick scores from second on a single by Luis Arraez during the seventh inning of a baseball game against the Detroit Tigers, Saturday, July 23, 2022, in Detroit. (AP Photo/Carlos Osorio)

The team reinstated him from being on the 10-day injured list.

Garlick missed the Twins’ last 21 games with a right ribcage contusion. The team stated he played in two rehab games with Triple-A St. Paul, going 1-for-7, with one walk.

To make room for Garlick on the 26-man roster, the Twins have designated infielder Tim Beckham for release or assignment.

Beckham played in 12 games for the Twins since joining the team on July 30, going 2-for-25 with one RBI and one run scored, according to the team.