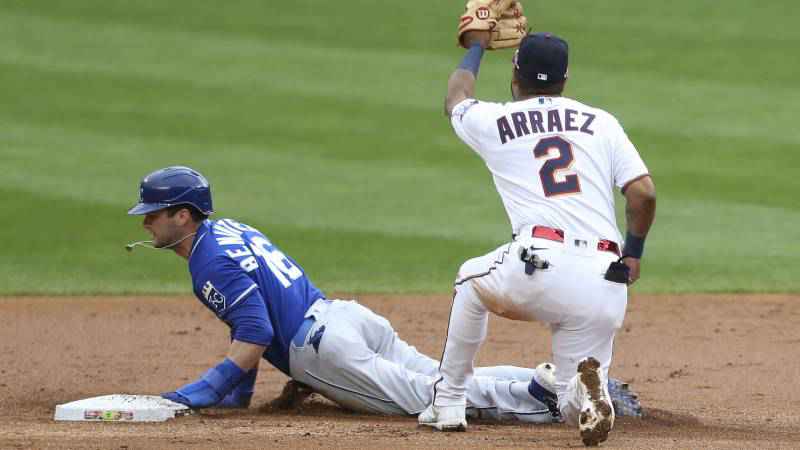 Minnesota Twins second baseman Luis Arraez, right, tags Kansas City Royals' Andrew Benintendi, left, out at second base after trying to steal the base in the first inning of a baseball game Sunday, May 2, 2021, in Minneapolis.[AP Photo/Stacy Bengs]

On Tuesday, the Minnesota Twins announced that infielder/outfielder Luis Arraez has been reinstated from the seven-day Injured List. The Venezuela-native had suffered a concussion and has since recovered.

Arraez, who missed the team’s last five games with concussion-like symptoms after a home plate collision on May 3, is hitting .291, with six extra-base hits including a home run, 11 RBI and a .398 on-base percentage in 25 games.

In addition, the Twins have optioned infielder Nick Gordon to Triple-A to make room on the 26-man roster.

Gordon, who was recalled by the Twins on May 4, appeared in one game, making his major league debut on May 6. He went 1-for-2 with a walk and two stolen bases in that game.