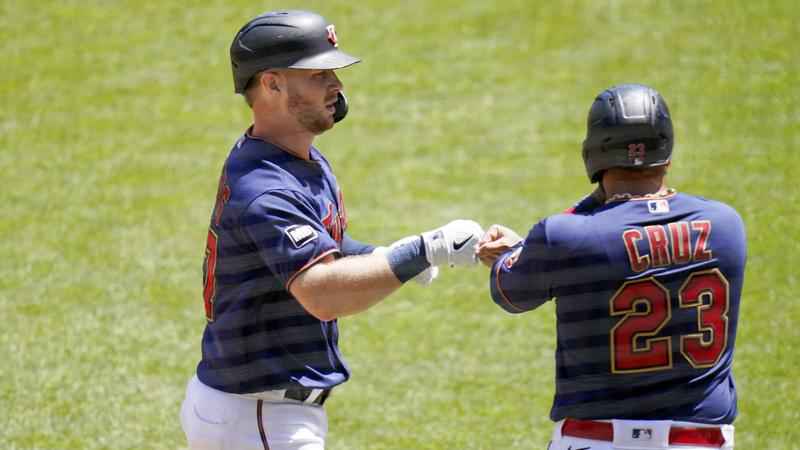 Tyler Naquin went 4 for 4 with a three-run home run that broke a ninth-inning tie right after the ragged Cincinnati bullpen lost a five-run lead, and the Reds beat the Minnesota Twins 10-7 to stop their five-game losing streak on Tuesday afternoon.

Amir Garrett got his fourth save in six attempts with a scoreless ninth after fellow relievers Art Warren, Lucas Sims and Tejay Antone stumbled through a five-run eighth by the Twins, whose season-long five-game winning streak ended.

Max Kepler hit a two-run homer, Trevor Larnach added a solo shot and Alex Kirilloff had the tying two-run double off Antone (2-0), but the right-hander in his first game back from the injured list recovered to record the last two outs of the inning.

Tucker Barnhart homered and had three RBIs and Jesse Winker hit a two-run double for the Reds, whose relief ERA (5.58 entering the game) is the worst in the major leagues.

After grinding through a 12-inning victory on Monday night that lasted 5:14, the longest in MLB this year, the Twins had some bullpen problems of their own.

Alex Colomé allowed three runs in the eighth, though third baseman Miguel Sanó’s second fielding error of the game made two of them unearned. Then Hansel Robles (3-4), who has been one of the team’s steadiest relief options, put himself in trouble with a one-out double by Nick Castellanos and by hitting Tyler Stephenson with a pitch before Naquin’s 12th homer of the season gave the Reds a reason to smile on the way home at the end of a nine-game road trip.

Wade Miley gave them another strong start, too, with two runs allowed on a homer by Ryan Jeffers over seven otherwise-easy innings. Jeffers was the catcher for all 12 innings of the marathon game on Monday and returned to his crouch behind the plate again on Tuesday, as the Twins tried to shake off the bad news of star center fielder Byron Buxton’s broken left hand.

Twins rookie Bailey Ober made his fifth start without a decision. He lasted 4 1/3 innings with four runs allowed.

Reds: Starting pitchers Sonny Gray (right groin) and Jeff Hoffman (right shoulder) have been scheduled for rehab assignments. Gray is expected to rejoin the Reds next week after making one three-inning start for Triple-A Louisville. … Antone (right forearm) was activated from the 10-day injured list before the game, and OF Scott Heineman was sent to Triple-A Louisville.

Twins: With Buxton out, rookie Gilberto Celestino returned from Triple-A St. Paul to play CF. Regular RF Max Kepler could also play there again, as he builds up stamina after missing time to a hamstring injury.

Reds: Following a day off on Wednesday, RHP Tony Santillan (0-1, 4.70 ERA) will take the mound to begin a four-game series against Atlanta on Thursday night.

Twins: After a day off on Wednesday, RHP José Berríos (7-2, 3.56 ERA) will pitch to open a four-game series against Cleveland on Thursday night. The Twins have won seven straight Berríos starts.