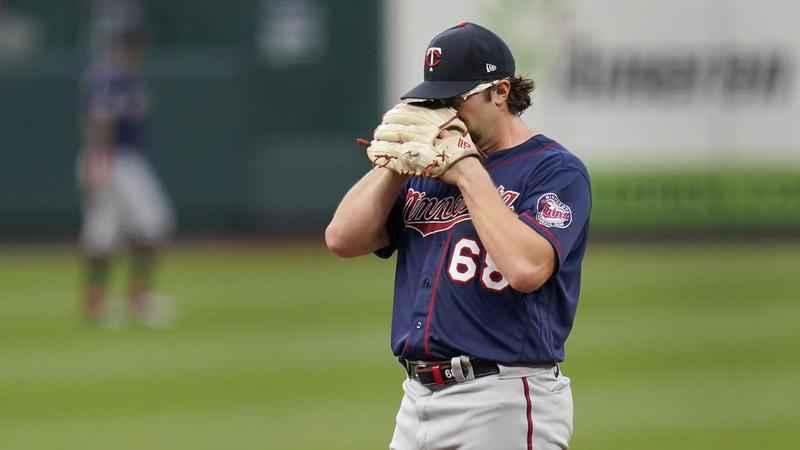 Minnesota Twins starting pitcher Randy Dobnak pauses on the mound before being removed during the third inning in the second game of a baseball doubleheader against the St. Louis Cardinals Tuesday, Sept. 8, 2020, in St. Louis.[AP Photo/Jeff Roberson/File]

Monday, the Twins made another bullpen change.

Dobnak has pitched in seven games in relief for the Twins this year, going 0-3 with an 8.16 ERA.

Minnesota entered Monday with a record of 10-16.