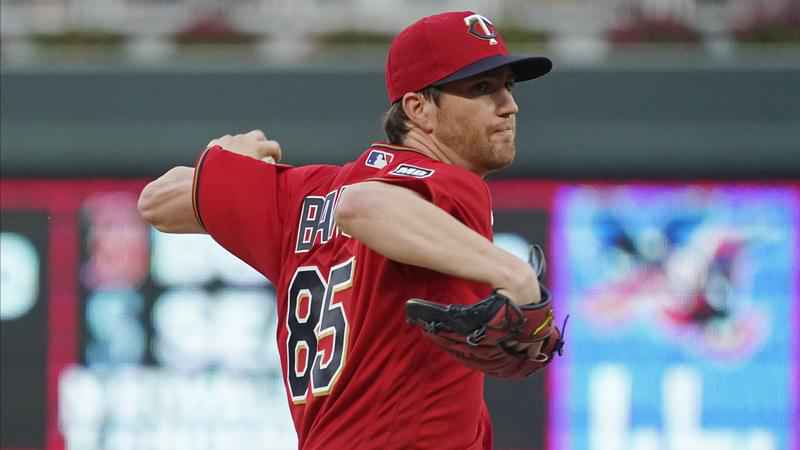 Minnesota Twins pitcher Charlie Barnes throws to a Cleveland Indians batter during the first inning of the second baseball game of a doubleheader Tuesday, Sept. 14, 2021, in Minneapolis.[(AP Photo/Jim Mone)]

The Twins won the nightcap against the Indians, 6-3.

The Twins improved to 3-9 in doubleheader games this season on the strength of a four-run fourth inning in the second game against Indians starter Logan Allen (1-7). Jeffers hit a two-run double, Willians Astudillo added an RBI double and Nick Gordon gave them the lead with an RBI single.

Jeffers hit a two-run shot in the sixth for his 13th homer this season, and Kyle Barraclough (1-0) pitched a perfect fifth for his first victory with the Twins. Alex Colomé picked up his 14th save in 20 attempts with a scoreless seventh.

Indians: C Roberto Pérez (right shoulder inflammation) was reinstated from his second stint on the injured list this season and took the second game behind the plate. Pérez, who missed the last six weeks, went 0 for 3.

Twins: RHP John Gant was placed on the injured list with a left abdominal strain that forced him out of his start against the Yankees in the first inning on Monday. LHP Andrew Albers was recalled from Triple-A for the third time in less than four weeks.