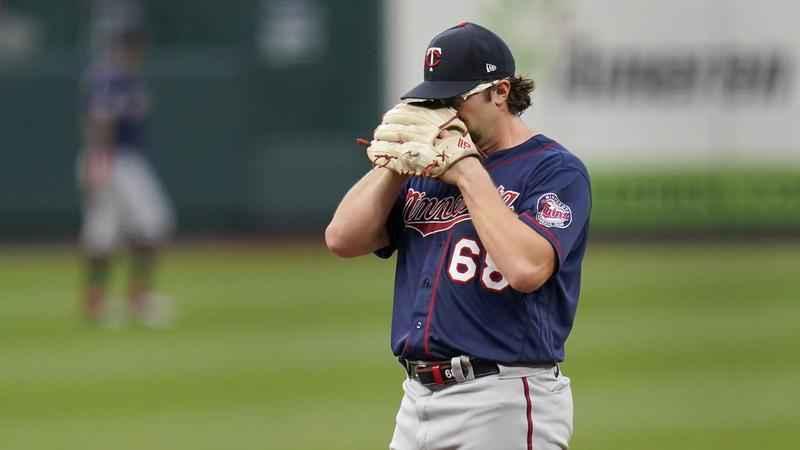 File - Minnesota Twins starting pitcher Randy Dobnak pauses on the mound before being removed during the third inning in the second game of a baseball doubleheader against the St. Louis Cardinals Tuesday, Sept. 8, 2020, in St. Louis.[AP Photo/Jeff Roberson/File]

Pitcher Randy Dobnak is the latest Minnesota Twin to be shelved due to injury.

The Twins announced Thursday that Dobnak was placed on the 10-day Injured List with a right middle finger strain, retroactive to June 21.

Jax made his MLB debut on June 8 and posted an 8.64 ERA over 8.1 innings in his first stint with the Twins.