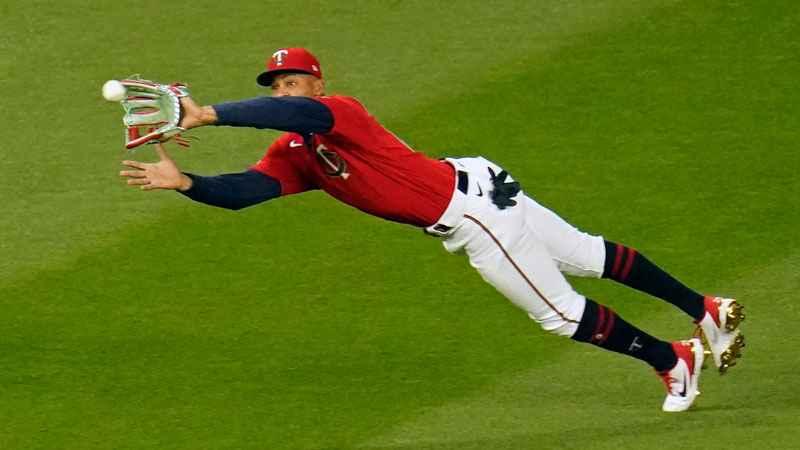 Minnesota Twins center fielder Byron Buxton makes a diving catch of a fly ball off the bat of Texas Rangers' David Dahl in the seventh inning of a baseball game, Tuesday, May 4, 2021, in Minneapolis.[AP Photo/Jim Mone]

Minnesota Twins center fielder Byron Buxton was activated from the 10-day injured list for Saturday’s game at the Texas Rangers after being sidelined since May 6 with a right hip strain.

Buxton played in three games on a rehab assignment with Triple-A St. Paul, going 5 of 9 with a double, triple, two home runs and seven RBIs.

Buxtonil hasn’t played since the finale of a four-game series against the Rangers. Buxton was hitting .370, second in the major leagues, at the time of the injury. He was leading MLB with a .772 slugging percentage.

The Twins optioned utility man Willians Astudillo to St. Paul. He hit .254 with four homers and 12 RBIs in 41 games.