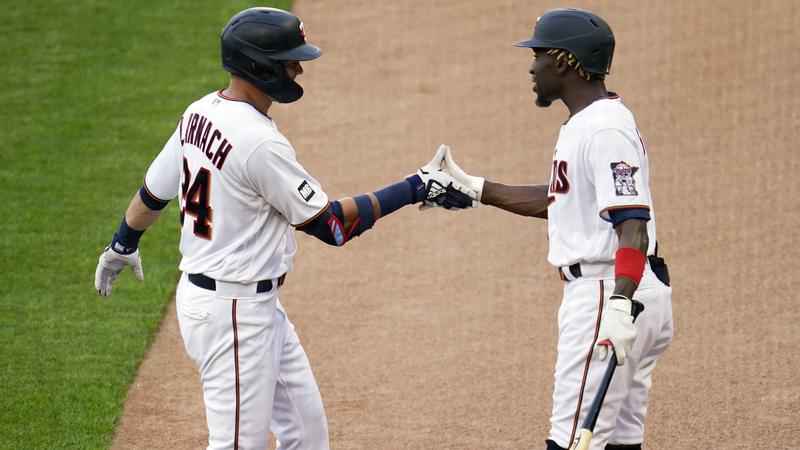 Baltimore’s DJ Stewart hit a two-run homer for a 3-2 lead as the first batter following a 45-minute rain delay in the eighth. But Minnesota rallied with six straight two-out hits in the bottom half.

Jorge Alcala (1-1), who returned to the mound after the delay, allowed two runs and two hits in an inning for the Twins.

Trevor Larnach and Kyle Garlick homered for Minnesota, which had four starters active but not available to start the game due to injury. The Twins have won three of their past four games.

The teams opened the three-game series with matching 17-29 records, the worst mark in the majors. Baltimore has lost seven games in a row and 14 of its past 16.

Tanner Scott (2-3) gave up two runs in the eighth in relief of Orioles starter John Means. He surrendered a walk and a single while getting just one out. César Valdez entered and blew his fourth save in 12 chances.

Designated hitter Nelson Cruz was out of Minnesota’s starting lineup for the fifth straight game as he deals with a wrist injury, but he pinch-hit in the eighth. Second baseman Jorge Polanco missed three games in a row with an ankle injury, but he ran for Cruz in the eighth and finished the game at second base.

Outfielder Max Kepler has a hamstring injury and infielder Luis Arraez is dealing with a shoulder injury.

Orioles: OF Austin Hays was out of the lineup as he deals with a hamstring injury. Manager Brandon Hyde said it was precautionary and he was available if needed. … RHP Hunter Harvey (60-day injured list, left oblique strain) felt good, according to Hyde, after throwing two innings in his first rehab start for Triple-A Norfolk on Sunday.

Twins: OF Byron Buxton (right hip strain) will begin to ramp up his rehab activities this week. … RHP Kenta Maeda (right adductor strain) will not throw for a couple of days due to general biceps soreness, manager Rocco Baldelli said.

RHP José Berríos (4-2, 3.91 ERA) starts Tuesday for Minnesota, while Baltimore will go with RHP Dean Kremer (0-4, 6.35 ERA). Berríos allowed three runs in five innings in a win against the Los Angeles Angels in his last outing. Kremer surrendered four runs in three innings in a loss to the Tampa Bay Rays in his last start.