Rosemount’s Lucas Gerten has already made a name for himself on the diving board, as a sophomore. He continues to break Rosemount pool records, and neighboring schools pool records at the same time.

Gerten started diving in seventh grade, and was crowned as a state champion last season as a ninth grader. He’s become one of the best divers in Rosemount’s program history.

“For me it’s just a dive, that’s it,” said Gerten. “You can’t get over thinking about everything else that’s happening or else you’re not focused.”

An advantage Gerten has is his gymnastics background. He started gymnastics at six-years-old, and competed in that for five years before switching over to diving in seventh grade.

“When you hear about a kid who has been doing competitive gymnastics for a number of years that wants to join your dive team? It’s like the perfect thing any dive coach could ask for, “said Daniel Monaghan, in his fourth season as the boys diving coach at Rosemount. 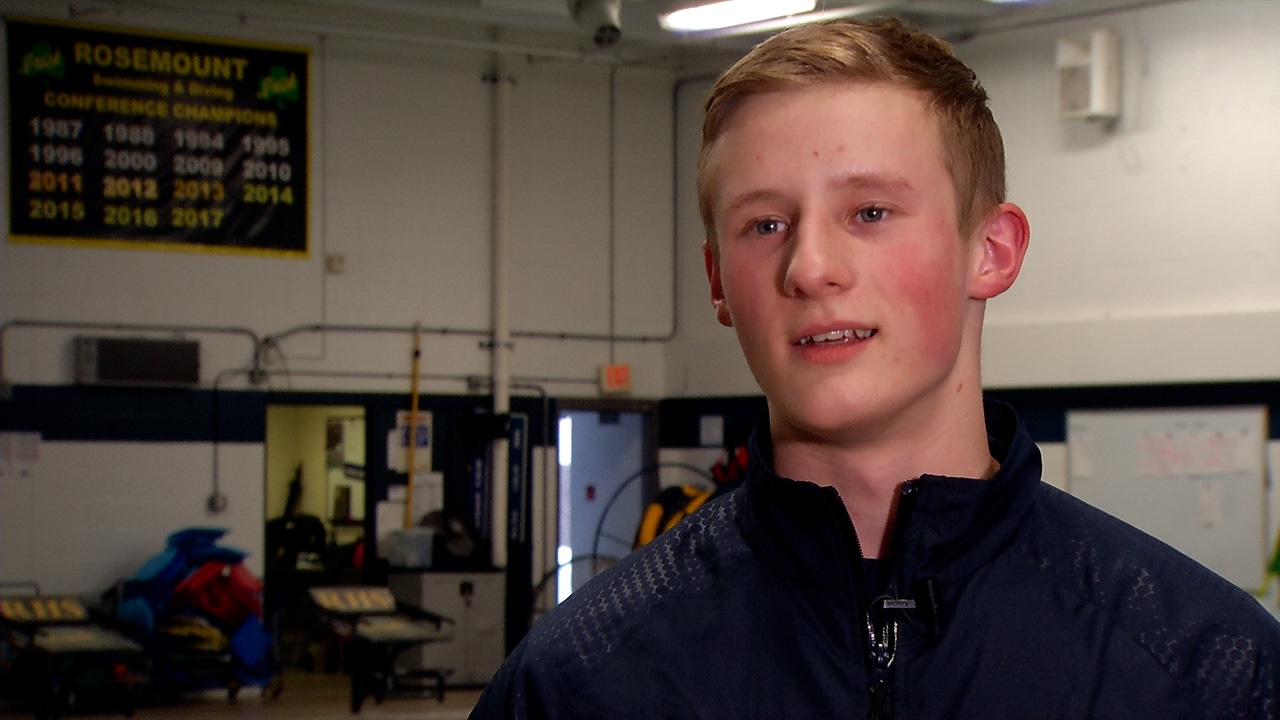 Gerten is off and running in his sophomore season. He has broken Rosemount’s six dive record with a score of 320.10 points. The school record had been standing since 1992. That score also broke Apple Valley’s pool record in the same meet that had stood for over 40 years.

Gerten also broke Rosemount’s 11 dive school record last season with a score of 472 points, his goal is to reach 500 points in a meet.

“Before I get on the board I’ll collect myself, then I’ll just go, just me and the dive,” said Gerten.