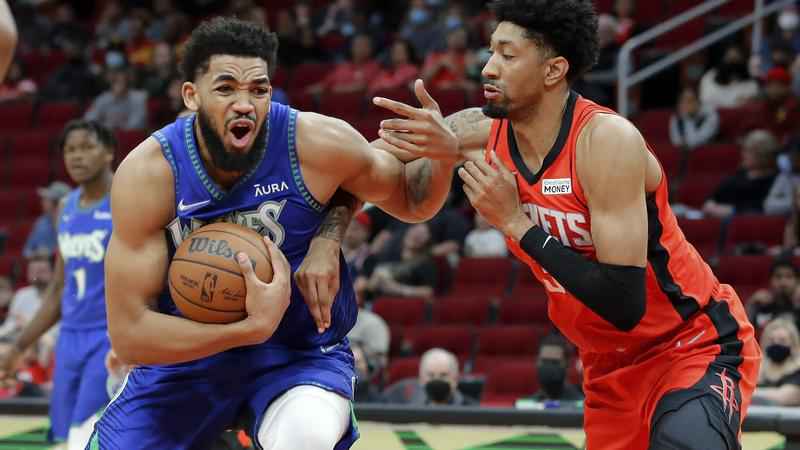 Towns scored 22 points in the first half as Minnesota built a 75-54 lead at the break. He finished 15 of 25 from the floor and added nine rebounds and seven assists.

Jarred Vanderbilt had career-highs of 21 points and 19 rebounds, Anthony Edwards had 19 points and six assists, and Malik Beasley scored 13 points for Minnesota. The Timberwolves shot 51%, including 56% in the first half, and were 15 for 42 on 3-pointers.

Minnesota, which scored a season high in points, scored 74 points in the paint and 31 fast-break points.

Christian Wood finished with 22 points and eight rebounds, Josh Christopher scored 19 points and Garrison Matthews had 14 points off the bench for Houston, which lost for the 10th time in 11 games.

Eric Gordon scored 13 points, and Kenyon Martin Jr. had 13 points and seven rebounds for the Rockets, who shot 47% and were 14 for 43 on 3-pointers.

Leading 52-42 midway through the second quarter, the Timberwolves used a 23-8 run to push the lead to 25 points on two free throws by Towns with 1 ½ minutes remaining in the first half. Russell had nine points in the run.

Timberwolves: At New Orleans on Tuesday.