Champlin Park’s Dylan Gichaba iced the game with a 3-pointer in overtime to help the Rebels stay undefeated with an 81-78 win over Park Center on Wednesday night. KSTP Sports was there.

***To see extended highlights between Champlin Park vs. Park Center in boys basketball, CLICK THE PLAY ICON ABOVE***

This game had all the drama you’d ever want.

Champlin Park took an 8-0 lead to start the game, but Park Center fought back with junior guard Braeden Carrington leading the charge. He had 18 points in the first half, and finished with 21 points. He holds a few high-major college offers, including one from the Gophers. Park Center led by one point at the half.

Champlin Park is the top-ranked team in Class 4A for a reason. Senior center Francis Nwaokorie had a monster game, scoring a game-high 28 points. But it was teammate Gichaba who had the biggest shot of the night. He knocked down the game-winning 3-pointer with two seconds remaining in overtime. 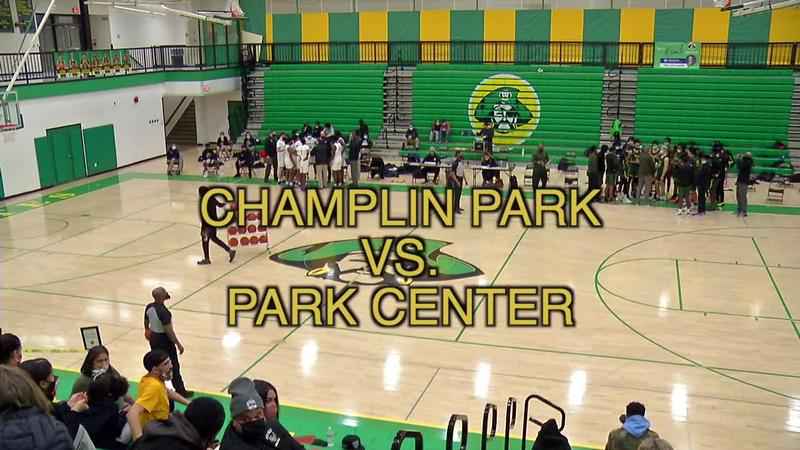 Class 4A No. 1 Champlin Park vs. Park Center in boys basketball on Wednesday night.[KSTP/Jeff Brioschi]

Carrington missed a shot at the buzzer that would’ve sent the game to a second overtime.