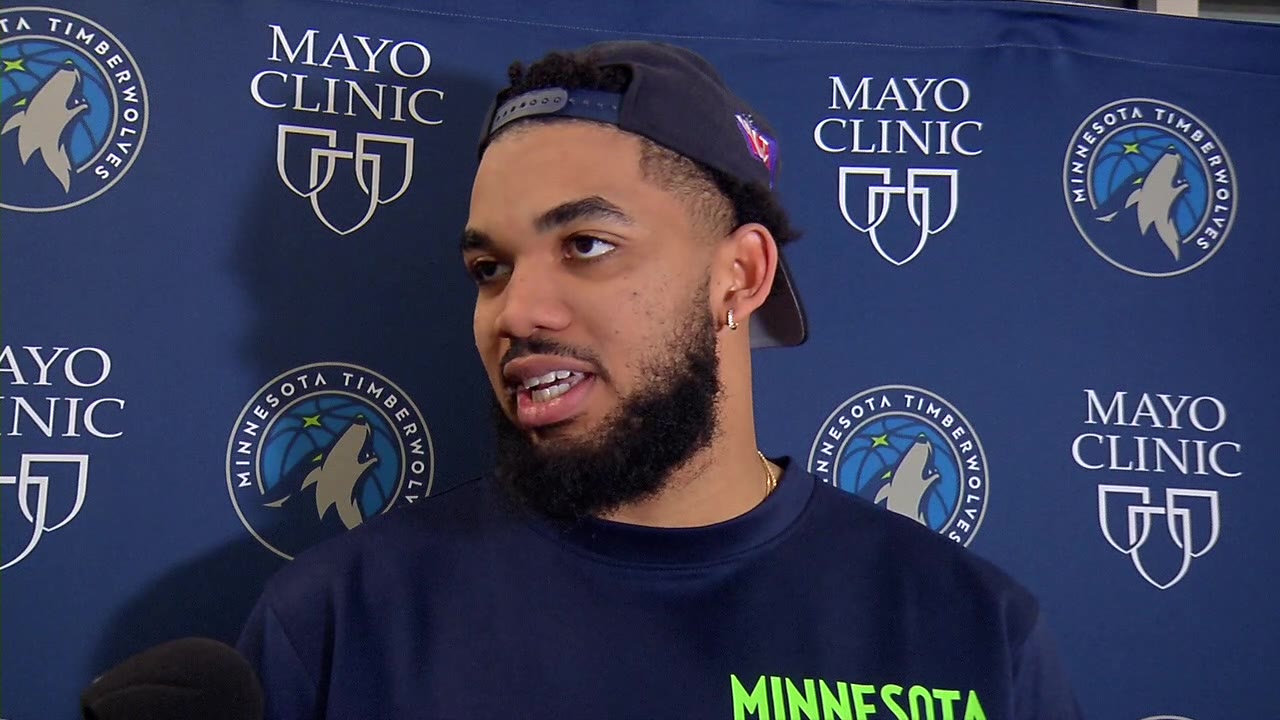 Wolves center Karl-Anthony Towns spoke after practice Wednesday and he is hungry for playoff spot. (KSTP/FILE)

Towns has been a prominent advocate for COVID-19 vaccine education, using his time, platform and resources to promote health education and equity. He worked with the NBA to release a vaccine public service announcement in February, and partnered with Cue Health to give 100 COVID test kits to dozens of schools across Minnesota and New Jersey, where he was born. He also worked with Walgreens for its Get a Shot, Give a Shot campaign.

“I am incredibly humbled to be named a Kareem Abdul-Jabbar Social Justice Champion finalist,” Towns said in a statement. “Equity across all spheres – health, social and civic is central to me as a person and as a player in this league. I join inspiring company in my fellow finalists and will continue to be an active participant in the advancement of social justice.”

Towns lost his mother, Jacqueline, and other family members to COVID-19.

Additionally, Towns donated $20,000 to the George Floyd Memorial Foundation and attended several rallies following Floyd’s death; he donated $30,000 to Vera Institute of Justice; donated to Kean University in New Jersey to support programming for women student athletes in honor of his late mother; and serves on the board of the National Basketball Social Justice Coalition.

The NBA says Towns’ donation will go to the George Floyd Memorial Foundation.

The other finalists are Toronto’s Fred VanVleet, Memphis’ Jaren Jackson Jr., Milwaukee’s Jrue Holiday and Dallas’ Reggie Bullock. The winner will be announced during the Western Conference Finals.