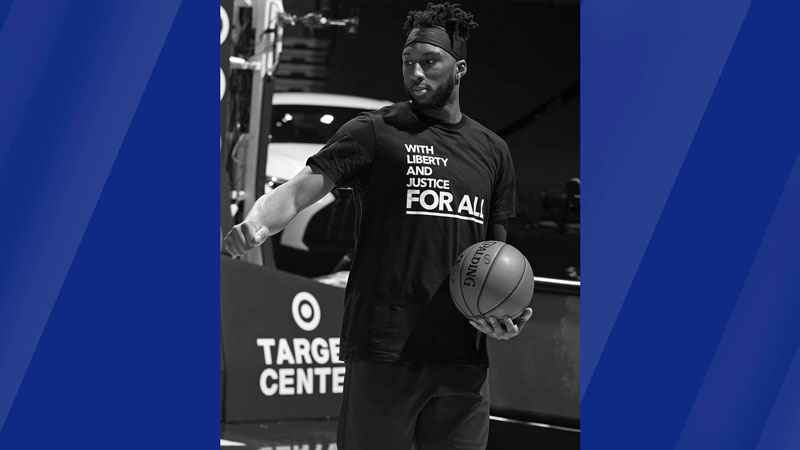 Timberwolves player Josh Okogie, wearing the shirt that is featured in the auction Friday.[Courtesy of the Minnesota Timberwolves]

The Minnesota Timberwolves and Minnesota Lynx, joined by the Brooklyn Nets, Milwaukee Bucks and Miami Heat, are auctioning off signed, player-issued shirts to benefit the Daunte Wright Memorial Fund, which has been designated as the official fund to support the Wright family.

Wright, 20, was shot and killed during a traffic stop Sunday by former Brooklyn Center police officer Kimberly Potter. She has been charged with second-degree manslaughter.

Fans will have the opportunity to bid on the "With Liberty and Justice for ALL" warm-up shirts from this week’s games played at Target Center in Minneapolis.

Bidding starts Friday and is open on the Timberwolves’ website. The bidding will close at the conclusion of Friday night’s game against the Miami Heat.

To bid/purchase and view updates on the event, click here throughout the telecast of the Wolves game, which tips off shortly after 7 p.m.