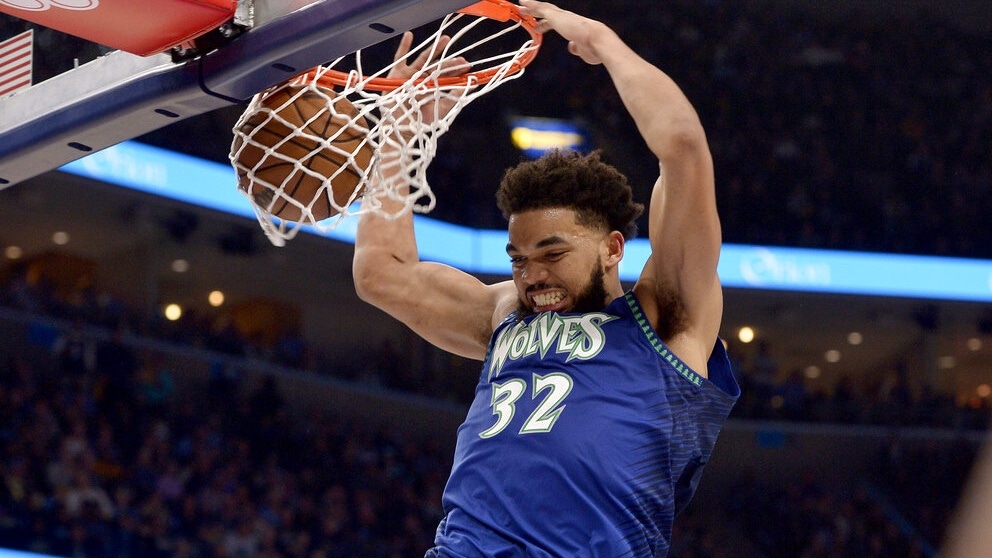 Karl-Anthony Towns is under contract for six more years, after agreeing to an extension Friday to remain with the Minnesota Timberwolves.

It’s a huge commitment from the Timberwolves, and one they made as quickly as they possibly could: Starting in 2024-25, Towns will make $224 million over four years, and that follows the $70 million he’s slotted to make over the next two seasons.

The deal was formally agreed to early Friday. By NBA rule, Towns and the Timberwolves had to wait until July 1 — and it was just after midnight in the East — to strike their deal.

Towns deftly bounced back during the 2021-22 season from a couple of rough years, when he was dogged by a wrist injury and waylaid by COVID-19 like so many other players. The virus hit especially close to home for him, too, when his mother died early in the pandemic in 2020 after the NBA went on hiatus.

The 26-year-old, who is entering his eighth NBA season, continued to diversify his offensive game in coach Chris Finch’s system and was more aggressive at taking the ball to the basket. His versatility was never more apparent than when he won the 3-point shooting contest at All-Star weekend, but he’s still a post player at heart.

Over the last three games of Minnesota’s six-game loss to Memphis in the first round of the playoffs, Towns averaged 26.3 points, 12.0 rebounds and 1.3 blocks. During the regular season, he posted a career-high 60-point game at San Antonio in 36 minutes on March 14.

By being voted third-team All-NBA, Towns became eligible for another supermax deal, the second contract extension he’s received from the Timberwolves since they drafted him first overall out of Kentucky in 2015.