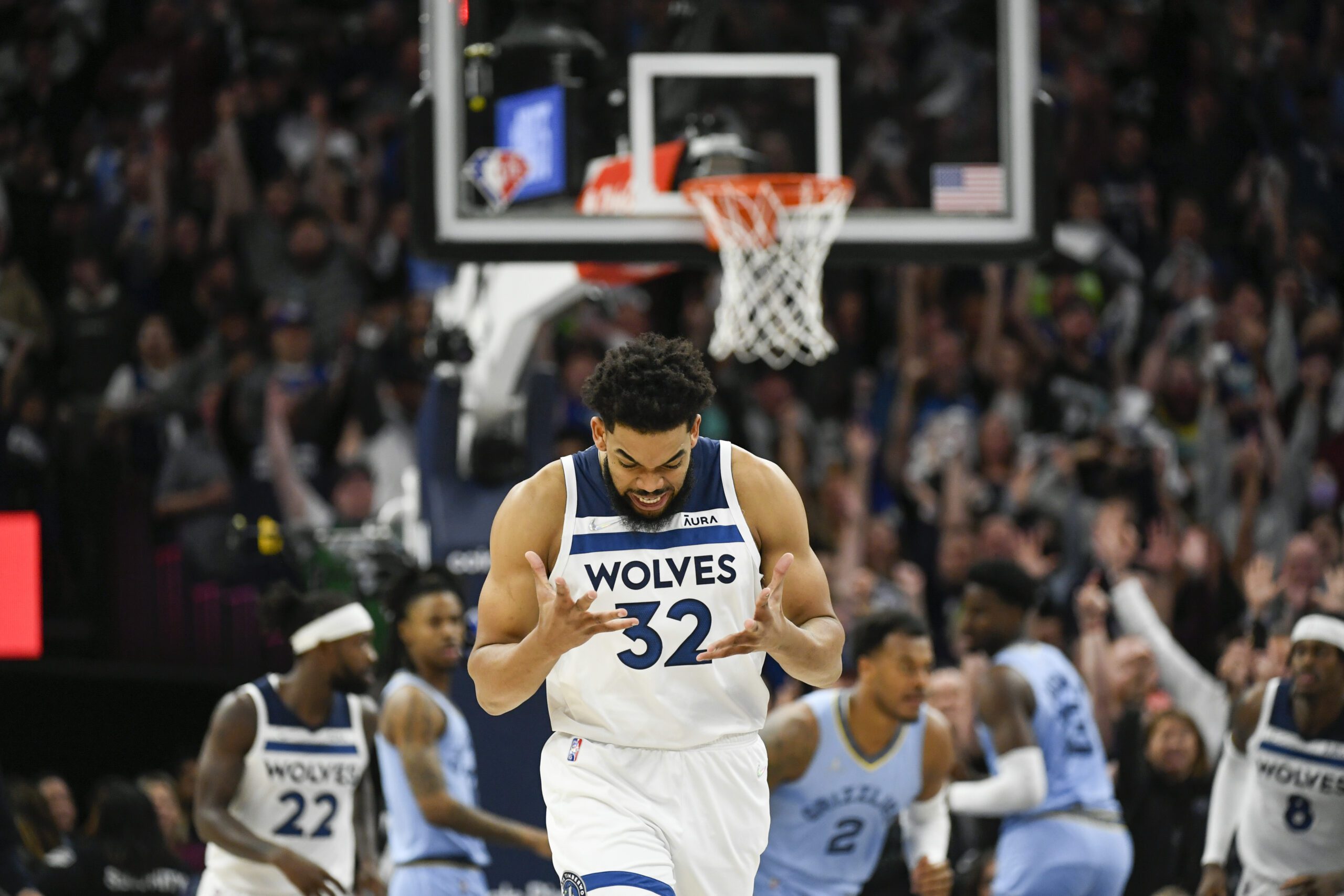 Minnesota Timberwolves center Karl-Anthony Towns reacts after scoring against the Memphis Grizzlies early in the first half in Game 4 of an NBA basketball first-round playoff series Saturday, April 23, 2022, in Minneapolis. (AP Photo/Craig Lassig)

This makes Towns the third player in franchise history to be named to multiple All-NBA teams, after Kevin Garnett and Kevin Love.

Towns was also named Western Conference Player of the Week three times during the season. He has won the weekly award seven times over his career. Towns is now only behind Kevin Garnett for the most Player of the Week honors in the history of the Timberwolves.