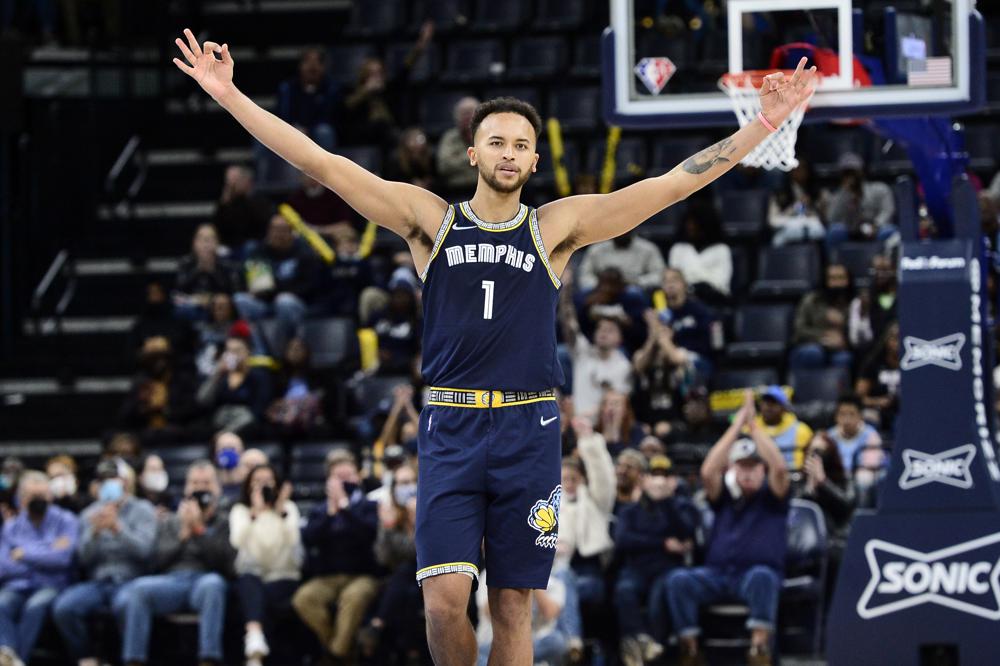 Memphis Grizzlies forward Kyle Anderson reacts during the second half of the team's NBA basketball game against the Houston Rockets on Monday, Nov. 15, 2021.

Anderson, 6-foot-9 forward, averaged 7.6 points and 5.3 rebounds per game last season with the Memphis Grizzlies. Anderson is entering his ninth season in the NBA. He was originally selected in the first round by the San Antonio Spurs in 2014.

Both years of the contract are fully guaranteed.