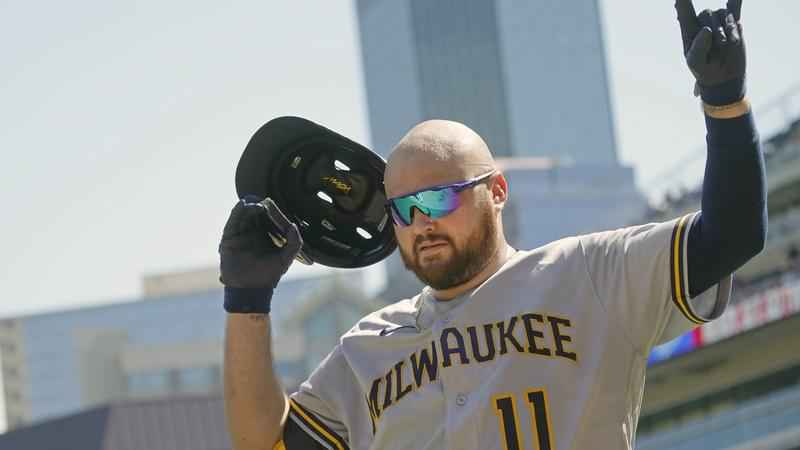 Rowdy Tellez hit a three-run home run, Aaron Ashby recorded his first major league win, and the Milwaukee Brewers muscled their way out of a three-game losing streak with a 6-2 victory over the Minnesota Twins on Sunday.

Luis Urías also homered and Kolten Wong hit a two-run double for the Brewers, whose first seven hits went for extra bases to keep the many Milwaukee fans among the crowd of 26,186 cheering consistently. Christian Yelich, who went 2 for 4 with a walk, had Milwaukee’s first single in the seventh inning.

The Brewers raised their major league-best road record to 43-23 while ending their only losing streak longer than two games since the All-Star break. The NL Central leaders, who stretched their advantage over second-place Cincinnati to 8 1/2 games, have had only two losing streaks longer than three games all season.

The Brewers, who are in the middle of the pack at best in the majors in most hitting categories, scored five runs during their three-game losing streak. They were more than ready for Twins rookie Griffin Jax (3-3), who gave up six hits and all six runs over five innings. Tellez went deep with two outs in the third, his first homer in 13 games after entering in a 6-for-37 slump.

Ashby (1-0) allowed three hits in five innings, including a two-run homer by Miguel Sanó. The nephew of former major league pitcher Andy Ashby had his sinker in sharp form in the longest appearance of his brief career. Ashby gave up seven runs in the first inning of his debut on June 30.

He left his lead in the capable hands of the Brewers bullpen, which logged nine strikeouts in four scoreless innings. Devin Williams struck out the side in a perfect eighth, and Josh Hader did the same with one hit allowed in the ninth. Williams has a scoreless streak of 20 innings.

Brewers: CF Lorenzo Cain and RF Avisaíl García were on the bench to rest.

Twins: CF Byron Buxton went 0 for 11 with a walk and six strikeouts in the series, playing all three games after returning from a broken left pinky finger. Buxton made a leaping catch in the gap to take a likely extra-base hit away from Jackie Bradley Jr. with a runner on first.

Twins: RHP Bailey Ober (1-2, 4.06) pitches on Monday night in a makeup of an earlier rainout in Detroit, before the team returns to Minnesota for another home series. RHP Casey Mize (7-6, 3.55) starts for the Tigers.