Hutchinson, a 21-time entrant in the Minnesota State High School League’s football state tournament, took another step toward what could be a sixth championship in that span with a 36-6 victory over Orono in the Class AAAA semifinals on Friday, Nov. 19 at U.S. Bank Stadium. Junior fullback Andrew Ladwig rushed for 138 yards and scored a touchdown and junior tailback Alex Elliott chipped in 82 yards and two touchdowns to power the Tigers (11-1) into their first championship game appearance since winning the Class AAAA crown for the second consecutive season in 2014.

The Tigers were in control from the start with an offense that drained the clocked. When senior flanker Samuel Rensch caught a 29-yard touchdown pass from senior quarterback Colin Nagel, it not only gave the Tigers a 14-0 lead, but the 13-play, 73-yard drive took 10 minutes, 21 seconds off the clock.

Orono (6-7) struggled against Hutchinson’s smothering defense in the first half and wasn’t able to generate a first down. The Tigers held the Spartans to 102 yards of total offense. Orono solved Hutchinson’s defense temporarily when senior running back Aidan Mueller scored on a 19-yard run with 38 seconds remaining in the third quarter. 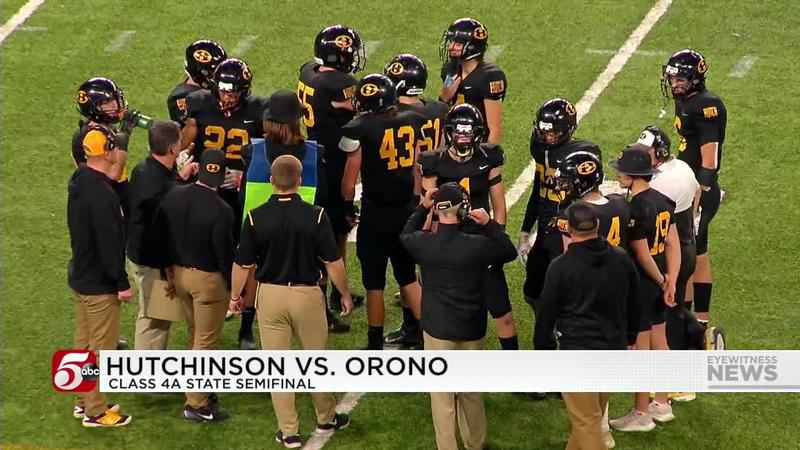