When Tommies freshman forward Abby Brantner kicked the game off for St. Thomas, it began the university’s tenure as a Division I competitor.

St. Thomas ended up earning a 0-0 draw in overtime against the University of Northern Iowa Panthers in its Division I debut. Brantner had multiple scoring opportunities for the Tommies throughout the game, but the Panther goalkeepers were there to stop every chance.

In overtime, Northern Iowa had a couple of shots on goal, but sophomore goalkeeper Olivia Graupmann was there to gobble up every opportunity.

The Tommies will next play Chicago State University on August 29th in Chicago. 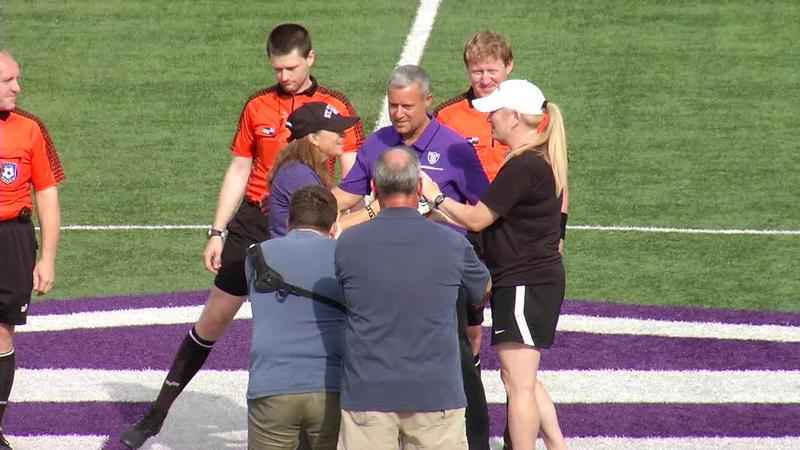 The University of St. Thomas Tommies women's soccer team earned a 0-0 draw against the University of Northern Iowa Panthers on Tuesday evening, in the university's first competition at the Division I level. [KSTP/Scott Wise]