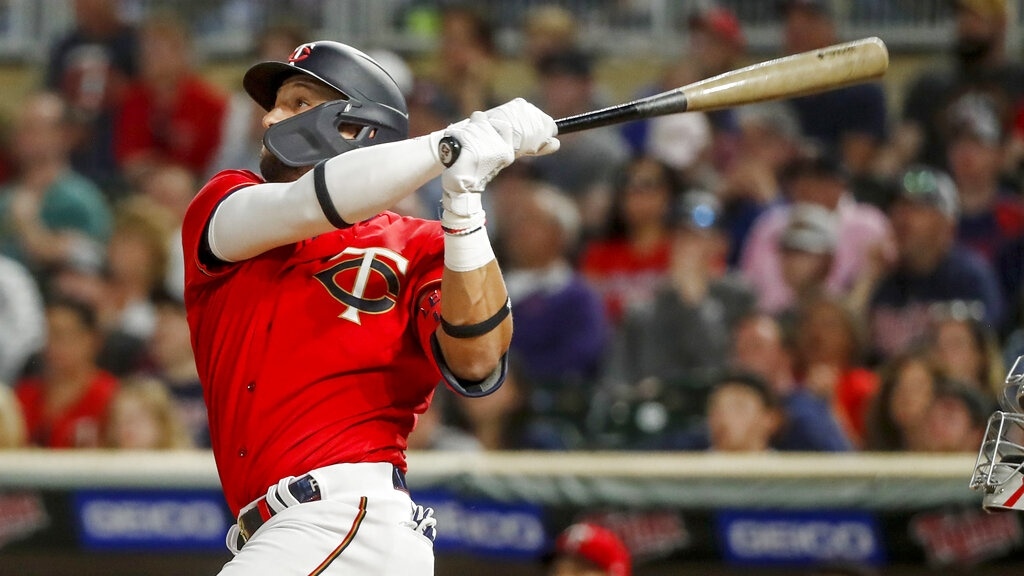 Minnesota Twins' Royce Lewis hits a grand slam against the Cleveland Guardians in the fifth inning of a baseball game Friday, May 13, 2022, in Minneapolis. The hit was Royce's first career home run. (AP Photo/Bruce Kluckhohn)

Lewis injured the knee crashing into the outfield wall on May 28th during his first game playing centerfield.

Typical recovery time for the injury is twelve months.

The injury was initially diagnosed as a bone bruise, and Lewis was placed on the 10-day injured list.

The torn ligament is the same knee Lewis suffered a torn ACL prior to Spring Training in 2021. That injury required surgery and cost him the entire 2021 season.

The Twins made Lewis the #1 overall draft pick in 2017 and he’s the franchise’s top prospect, but this will be the third consecutive season he’ll miss significant time.

Lewis didn’t play in 2020 when the pandemic wiped out the entire minor league baseball season.

Before his call-up, Lewis played 34 games this season with the Twins AAA-affiliate in St Paul, batting .314 with 5 home runs and 14 RBI.