Q&A: Tracy Claeys on retiring and run as Gophers coach

We talked with Claeys about the decision to retire at 52-years-old, what sort of job could lure him back, his run as Gophers head coach, his recent accomplishment of losing 125 pounds, and more.

***Click the video box above to watch our conversation with Claeys***

Claeys posted an 11-8 record with back-to-back bowl victories as head coach at Minnesota after taking over the program in November 2015. He originally joined the Minnesota staff as defensive coordinator in 2011 under Jerry Kill. 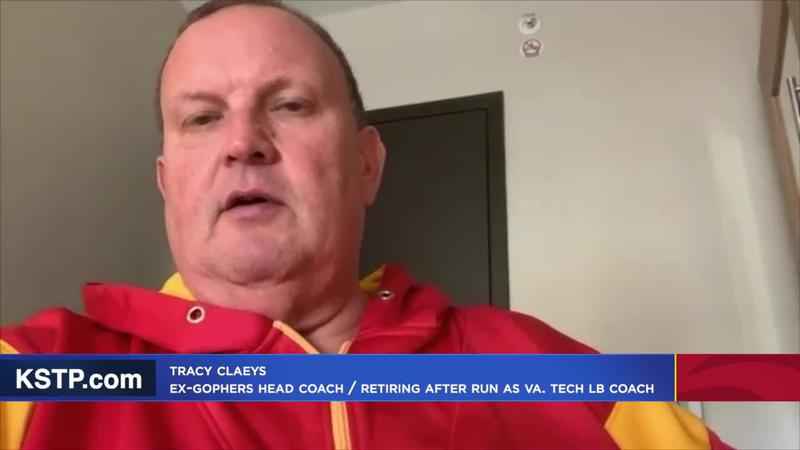 Claeys led the Gophers to a memorable Holiday Bowl win in December 2016, just days after the team threatened to boycott the game. They finished 9-4, the most wins for a Gophers team since 2003. Since then, P.J. Fleck’s Gophers won 11 games in 2019, the most for the school since 1904.

In our Q&A, Claeys shared his continued frustation after an outside review in early 2017 blamed “weak leadership” by the coaching staff for the boycott threat of the Holiday Bowl. But Claeys also said that he’s learned that you can’t live life staying bitter and angry and that the good people here in Minnesota that he knows far outweigh the bad.

The threatened boycott was a response to 10 players being indefinitely suspended.