Twin Cities native Sacar Anim, who starred at DeLaSalle high school and Marquette, has landed a spot in the G League Bubble. Games begin in Orlando in two weeks.

Congrats to Minneapolis native Sacar Anim. He was picked up by the Agua Caliente Clippers, the Clippers G League team. When Rayjon Tucker was signed by Philly to a 2 way, they had a spot to replace. They chose Sacar over 25 former NBA players, tons of others. Very cool.

Anim is currently quarantining in Orlando, getting ready for training camp to begin on Sunday.

We caught up with Anim, via Zoom, and his excitement was predictably noticeable.

***Click the video box above to watch our conversation with Anim***

Anim averaged 13.1 points per game last season for the Golden Eagles, and was a rock-solid defender. He was one of two players to start all 30 games (finished career playing in 99-straight outings).

Among Anim’s season highlights was leading Marquette with 21 points against then-No. 5 Maryland (Dec. 1) in the Orlando Invitational championship game. He also led them to an overtime win at Xavier with career-high 28 points (Jan. 29). He later scored 24 points against St. John’s (Mar. 7) in the regular season finale. 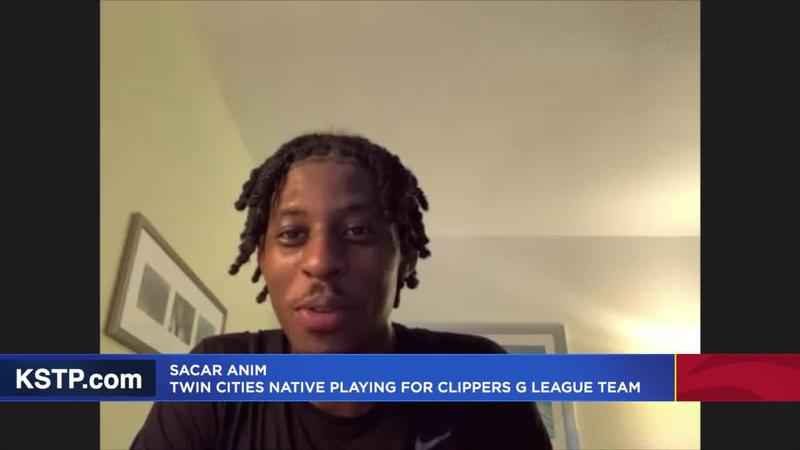