Former Minneapolis South HS and Northern Iowa pass-rusher Elerson Smith will be chosen in the NFL Draft in a couple weeks.

We caught up with Smith before a workout at Los Campeones Gym in Minneapolis to talk about his pre-draft process, the killing of Daunte Wright last weekend in Brooklyn Center, and more.

***Click the video box above to watch our conversation with Smith*** 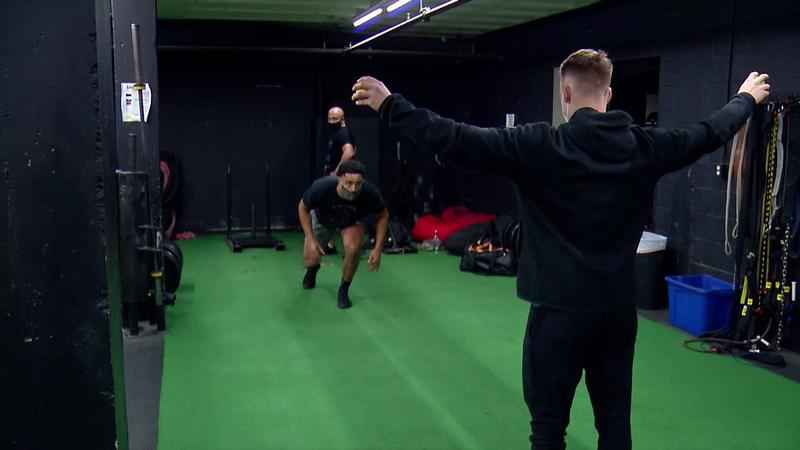 Minneapolis native Elerson Smith, in the distance getting ready to do a drill with his trainer, will be chosen in this year's NFL Draft.[KSTP: Jeff Brioschi]

Coming out of South high school, Smith was a two-star recruit with limited options. But Northern Iowa saw his potential and he ran with it.