Hopkins high school basketball star Maya Nnaji, ranked the No. 7 overall recruit nationally in the 2022 Class by ESPN, committed to Arizona on Monday. Nnaji is a 6-foot-4 forward.

She chose the Wildcats over Maryland, Stanford, Illinois, and many other big-time programs. Arizona is coming off an appearance in the national championship game where they fell to Stanford.

We talked with Nnaji shortly after her announcement. Arizona’s medical school, familiarity with its campus, its winning culture, and nutrition plan all were factors in her decision.

***Click the video box above to watch our conversation with Nnaji***

Nnaji’s older brother, Zeke, currently a forward with the Denver Nuggets, played a season for the Arizona men’s program. Maya Nnaji said that she traveled to Tucson to watch Zeke play, so knows the school well. 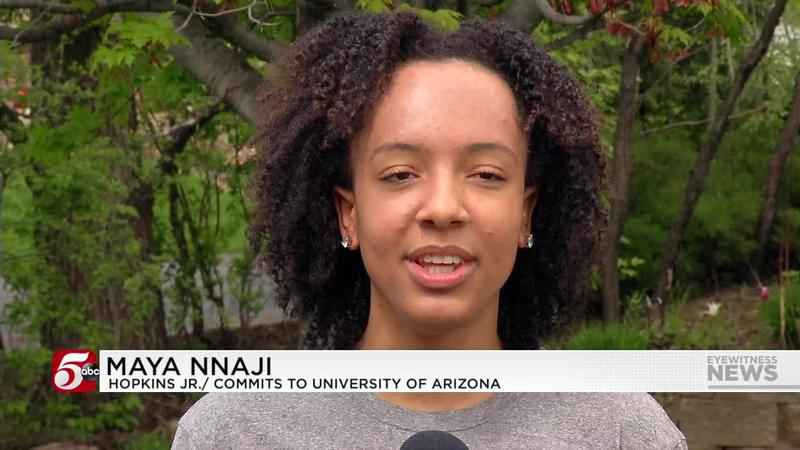 Nnaji and her Hopkins Royals team saw their 78-game winning streak end in the state semifinals last month when Chaska beat them.