The Gophers volleyball team opens their season on Friday, Aug. 27 in Madison vs. Baylor. We were at practice on Friday and spoke with coach Hugh McCutcheon.

***Click the video box above to watch our conversation with McCutcheon***

The Gophers have as challenging a non-conference schedule as any team in the country, featuring Texas, Stanford, Florida, and Baylor.

The Gophers will find out next week where they fall in the preseason rankings.

They are led by 5th year senior Stephanie Samedy. Utlizing the free year granted by the NCAA, the opposite hitter is a four-time All-American and All-Big Ten selection. Last season, played in the spring, earned Samedy 2021 Big Ten Player of the Year. She now enters her final season of playing for the Gophers having totaled 1,485 kills and 1,127 digs. 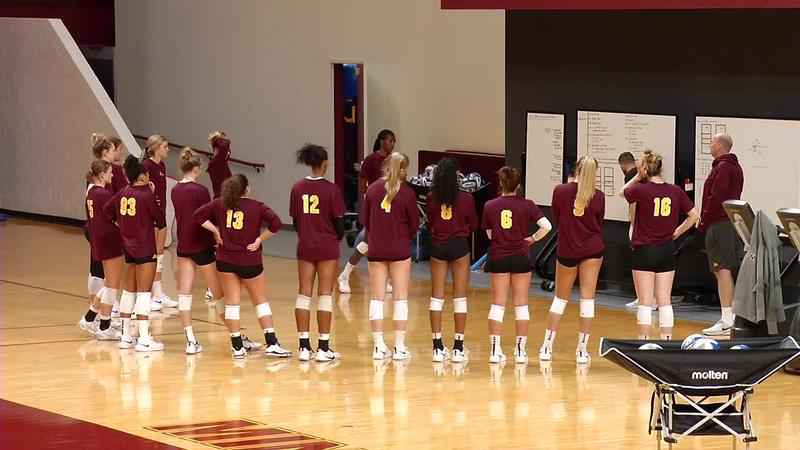 The Gophers practiced on Friday ahead of their opener vs. Baylor on Aug. 27.[KSTP/Scott Wise]