Hopkins HS alum and Gophers track star Owen Hoeft talks with KSTP Sports about his Big Ten title in the mile, the indoor program at the ‘U’ being eliminated, and more.

***Click the video box above to watch our full chat with Hoeft, and to see video of his win***

Even with a Big Ten title, Hoeft didn’t qualify for the NCAA Indoor Championships this week. Just shows how deep the class is that runs the mile. 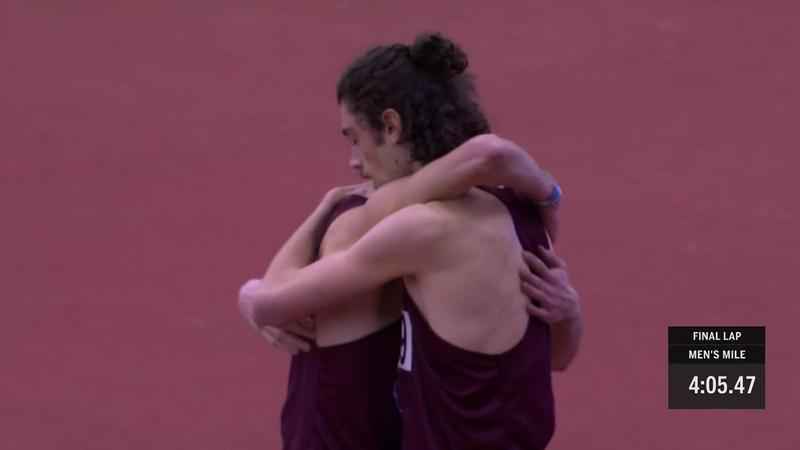 Owen Hoeft, right, hugs a Gophers teammate after winning a Big Ten title in the one mile race.[Big Ten Network]

Hoeft tells KSTP that with the free year of eligibility, he plans on competing for the Gophers outdoor track team next year, a program that was saved by the Board of Regents.