Twin Cities native and future Gopher Chaz Lucius is one of the top NHL Draft prospects. Friday is the first round of the NHL Draft and Lucius is expected to go in the top-20.

We spoke with the center, before one of his training sessions in Vadnais Heights.

***Click the video box above to watch our conversation with Lucius***

Lucius most recently played for the U.S. Development Team in Michigan, although he missed significant time last season with a knee injury. Fully healed now, he’ll watch the draft in Michigan, with everything happening virtually. 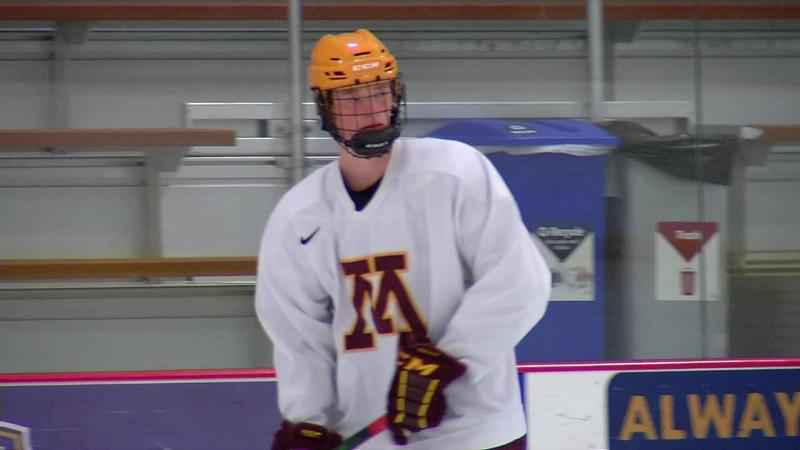 Future Gophers center Chaz Lucius, a Twin Cities native, gets a skate in recently. He's projected to be a top-20 pick in this month's NHL Draft.[KSTP/Scott Wise]

Lucius, 18, will begin his collegiate career with the Gophers in September. He committed to Minnesota in 2017 when he was just 14-years-old.

Nearly every mock draft has Lucius going between picks 7 and 19.

Said Gophers coach Bob Motzko, "Chaz Lucius is a true offensive producer and one of the most gifted goal scorers in the world. He has great dedication to training and becoming the best athlete he can. It will be very exciting to watch Chaz grow in a Gopher uniform."