Minnesota Gophers men’s basketball head coach Richard Pitino met with the media, via Zoom, Friday morning ahead of the matchup against Illinois. So did players Jamal Mashburn Jr. and Isaiah Ihnen.

***CLICK ON THE VIDEO BOX TO HEAR FROM PITINO, MASHBURN JR, AND IHNEN***

Pitino said that guard Gabe Kalscheur will miss three to four weeks with a broken finger on his shooting hand. Kalscheur had surgery on Friday to repair the fracture that occurred in practice on Tuesday. Kalscheur had started all 88 games of his career until this injury.

He also gave an injury update on center Liam Robbins, who is battling what Pitino described as a severely sprained ankle. He won’t practice Friday, and if he plays Saturday, it’ll be at less than 100 percent.

Freshman guard Jamal Mashburn Jr. spoke about his preparation for games, his pride on the defensive end of the ball, how much his game has evolved, how the team is bouncing back from the losses against Maryland and Indiana, his effectiveness driving to the basket, and his dad always being there for him. 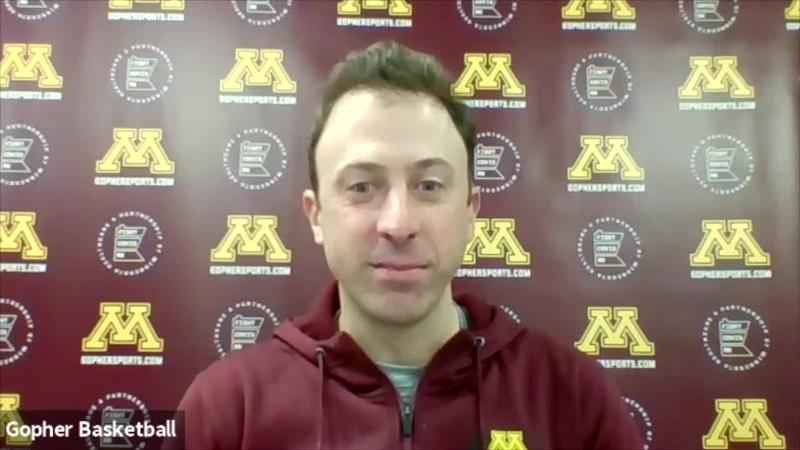 Minnesota Gophers men's basketball head coach Richard Pitino met with the media, via Zoom, Friday morning ahead of the matchup against Illinois.[KSTP Sports]

Sophomore forward Isaiah Ihnen discussed his three-point shot, his evolving offensive game, what his biggest adjustment was in his game when he got to Minnesota, how the team will make up for Kalscheur’s absence, and what is the key to offensive rebounding.