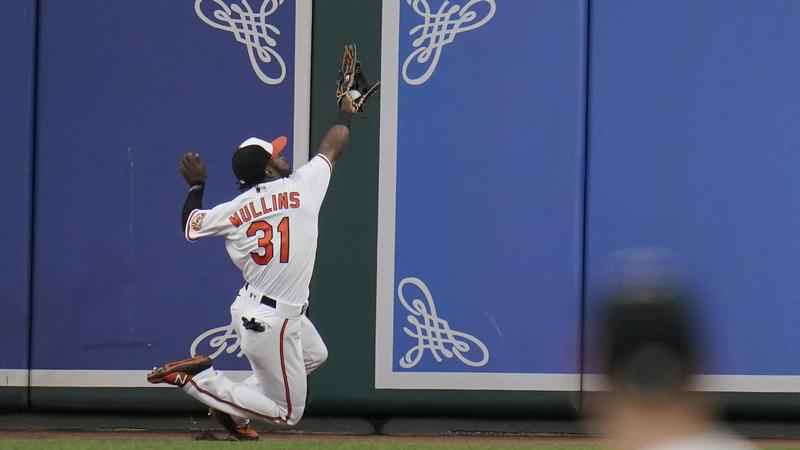 Cedric Mullins got two hits, scored two runs and made a sensational catch in center field, helping the Baltimore Orioles snap their 14-game losing streak with a 7-4 victory over the Minnesota Twins on Tuesday night.

Pedro Severino and Maikel Franco both homered for the Orioles, who also ended a 16-game head-to-head skid against Minnesota. Baltimore’s Bruce Zimmermann (3-3) allowed two runs and six hits in 5 1/3 innings, striking out a career-high seven.

The Orioles used four relievers. Cole Sulser pitched the ninth for his first save of the season. He allowed the tying run to come to the plate with one out before striking out Alex Kirilloff and retiring Jorge Polanco on a flyout — Polanco hit a drive to right earlier in his at-bat that hooked just a bit foul.

It was tied at 1 in the third when, with a runner on first and two outs, Minnesota’s Nelson Cruz hit a drive to right-center field. Mullins had to make a long run before sliding along the warning track for a backhanded catch at the base of the wall.

The Twins never did take the lead. The Orioles scored four runs in their half of the third, immediately after the catch by Mullins. They won for the first time since May 16 — when Zimmermann was also the winning pitcher against the New York Yankees.

Mullins led off the Baltimore first with a triple and scored on Trey Mancini’s single. After Garlick’s homer, Mancini drove in Mullins again with another single in the third. Freddy Galvis added an RBI single, DJ Stewart drove in a run with a groundout, and Ryan Mountcastle hit a run-scoring double to make it 5-1.

Severino’s homer came in the fourth and Franco’s in the sixth. The Twins had the bases loaded after Kirilloff’s RBI single made it 7-3 in the seventh, but Polanco hit a routine grounder to end that threat.

Astudillo went deep in the eighth to pull the Twins within three.

This was Baltimore’s longest losing streak since the Orioles started 0-21 in 1988.

Twins: C Mitch Garver left in the first inning with a groin contusion after a foul tip.

Minnesota sends RHP Randy Dobnak (1-4) to the mound Wednesday night against Baltimore’s Matt Harvey (3-6). Orioles manager Brandon Hyde said Harvey — pitching on three days of rest — will probably go an inning or two before turning the game over to the bullpen.