The No. 5 Eastview Lightning defeated the No. 4 Shakopee Sabers 60-51, Tuesday evening at Eastview High School.

***CLICK ON THE VIDEO BOX ABOVE TO WATCH HIGHLIGHTS***

Eastview was in charge the first half, but Shakopee hit a buzzer-beating layup to cut the halftime lead to 32-26.

However, Eastview came out on an 8-0 run to start the second half and extended the lead to 14.

Shakopee would fight back behind Quinten Snell, Nick Katona, and Mick Wherley, cutting the lead to 4 with just over 90 seconds left. 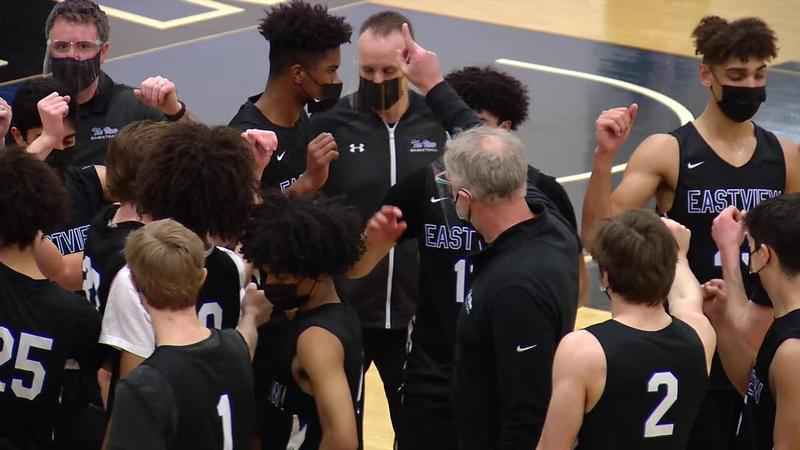 The Lightning would end the game strong, behind a big three-point play from senior Zach Spann. Spann finished with 17 points, leading all scorers. Henry Shannon III and Kenji Scales both finished with 15 points to help Eastview get the win.

Shakopee falls to 9-1, while Eastview improves to 10-0 on the season.