No. 3 Columbia Heights hits last-second basket against No. 5 DeLaSalle

In the first half, the Islanders were in control, highlighted by Nasir Whitlock taking it end-to-end to end the half with an uncontested layup. DeLaSalle led 36-28 at the break, with Evan Boyd scoring 16 first-half points.

The Islanders kept it rolling to begin the second half. Whitlock and Cade Haskins each scored multiple times to make it a 50-34 game with just under 11 minutes left in the game.

But, then Columbia Heights mounted its comeback. Behind Muja Burton and Donnavin Hinsz, the Hylanders chipped away the lead to a 50-42 game. Then, Hassan Kamara hit back-to-back three-pointers for Columbia Heights, making it 56-51 with 3:42 remaining. 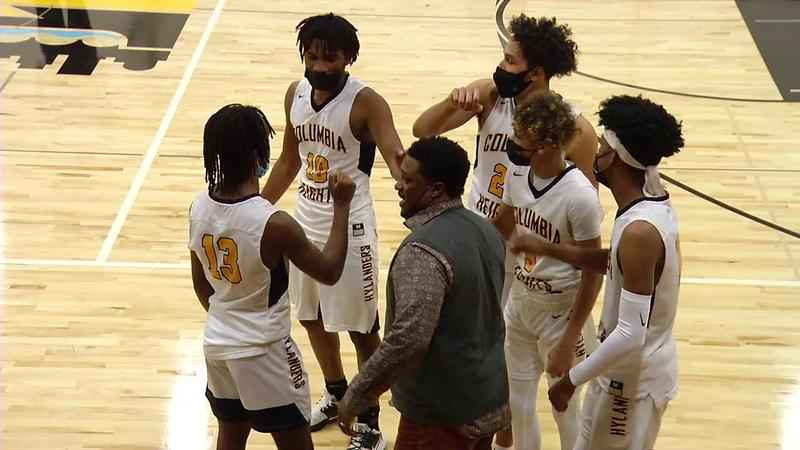 Just after that, Cade Haskins fouled out for DeLaSalle, finishing the night with 13 points.

Later, Kamara made a layup to make it 59-57 DeLaSalle with just 1:39 left. Following a stop on the defensive end, Hinsz got a rebound, bucket, foul, and made the free throw to tie the game at 60.

The Hylanders were able to get yet another defensive stop to leave them with 17 seconds left. Columbia Heights ran a play that found Hinsz in the post. Hinsz again got the layup and foul, this time with 4.6 seconds left and giving the Hylanders a 62-60 lead. Hinsz would finish with 24 points in the evening. Kamara finished with 16 and Burton finished with 14 for the Hylanders.