No. 2 South tops No. 8 North in the Battle of Lakeville

On their following possession, the Panthers were driving, but junior defensive back Ryder Patterson ended their drive with an interception.

South would drive down the field again behind their three-headed rushing attack. North would again stand strong and force a fourth and goal situation, this time from the one-yard line with 16.6 left in the half. This time around, the Cougars would capitalize when Dean took the snap and snuck the ball in himself to make it 6-0 South with 11.4 left in the second quarter. 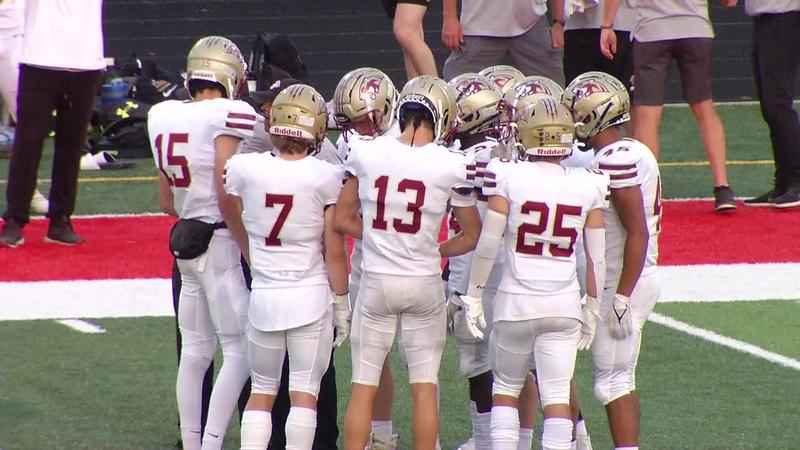 The Cougars got the ball to start the second half. They were backed up to a 3rd and 13, but then Hansen broke a big run to North’s 22-yard line. A couple of plays later, Segna scored on a six-yard run to make it 12-0 South with 8:22 left in the third quarter.

North was putting together a great drive behind senior running back Gavyn Schraufnagel. But, Cougar senior defensive back Joey Ulmen ended the Panther drive when he intercepted a pass.

On the ensuing drive, Dean hit senior tight end Chase Androff for a big catch on a 3rd and 7 to keep the Cougar drive going. North would end up forcing a punt on the drive to get the ball back with just over seven minutes remaining in the game.

However, the Cougar defense was too much for the Panther offense. North went for it on 4th and 2 and got stuffed by South. The Cougars took over with 3:04 left in the game and finished the shutout.