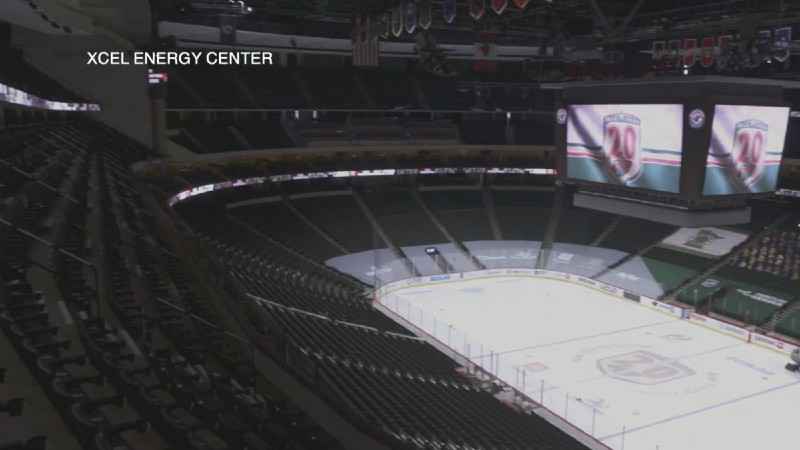 The Monday Wild-Blues game in downtown St. Paul has been pushed back to May 12.[Xcel Energy Center]

The National Hockey League and Minnesota Wild today announced that Monday night’s game between the Wild and St. Louis Blues has been postponed. The decision was made out of respect for the community, following the tragic shooting that occurred in Brooklyn Center Sunday afternoon.

The game has been rescheduled for May 12 at Xcel Energy Center in St. Paul. St. Paul is under a curfew from 7 p.m. to 6 a.m.

Via email in its statement announcing Monday’s postponement, the Minnesota Wild organization extended its deepest condolences to the family and friends of Daunte Wright.