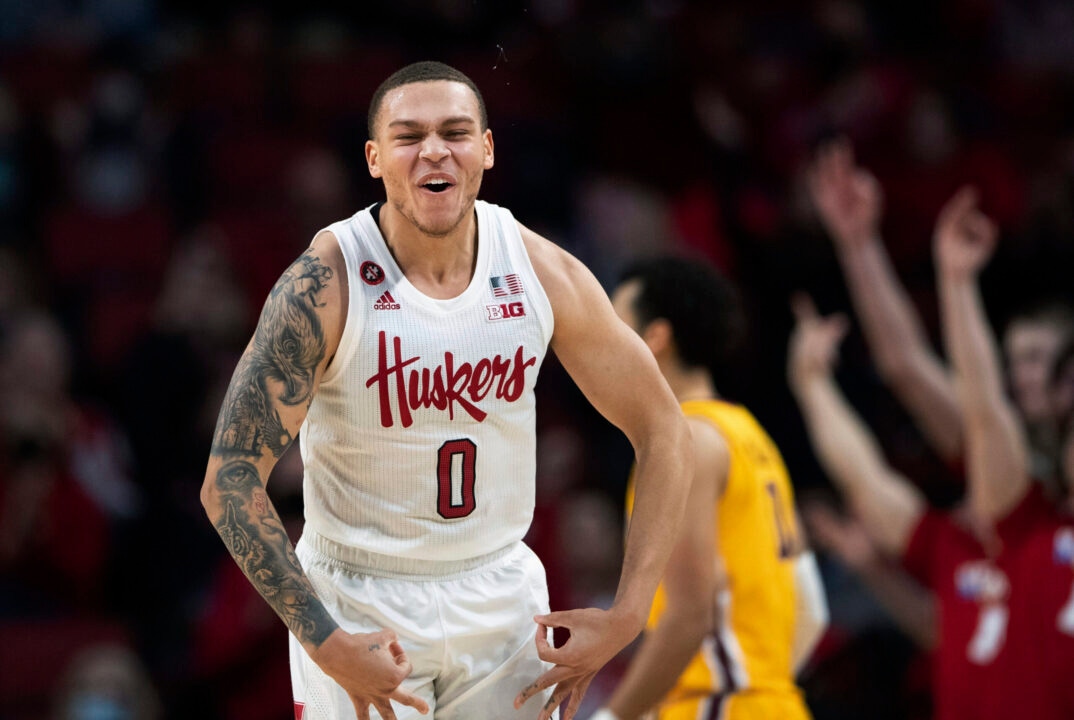 Nebraska's C.J. Wilcher (0) celebrates after hitting a 3-pointer against Minnesota during the second half of an NCAA college basketball game Wednesday, Feb. 9, 2022, in Lincoln, Neb. (AP Photo/Rebecca S. Gratz)

Alonzo Verge Jr. scored 20 of his 22 points in the second half and Nebraska picked up its first Big Ten Conference win of the season with a 78-65 victory over Minnesota on Wednesday night.

Freshman Bryce McGowens had seven points and older brother Trey McGowens scored six with four assists to guide the Cornhuskers to a 32-21 lead at halftime. Minnesota shot just 37% in the first half and missed all nine of its 3-point tries.

Verge took over in the second half, knocking down 7 of 8 shots after intermission to help Nebraska (7-17, 1-12) snap a 10-game losing streak. Minnesota has not won at Nebraska since 2012.

Jamison Battle sank 5 of 9 from 3-point range and scored 21 points — all in the second half — to pace Minnesota (11-10, 2-10), which has lost five straight. Battle added 10 rebounds for his third double-double of the season. Payton Willis scored 11 of his 13 after intermission. He’s reached double digits in nine straight games. Sean Sutherlin had 11 points and five boards off the bench.