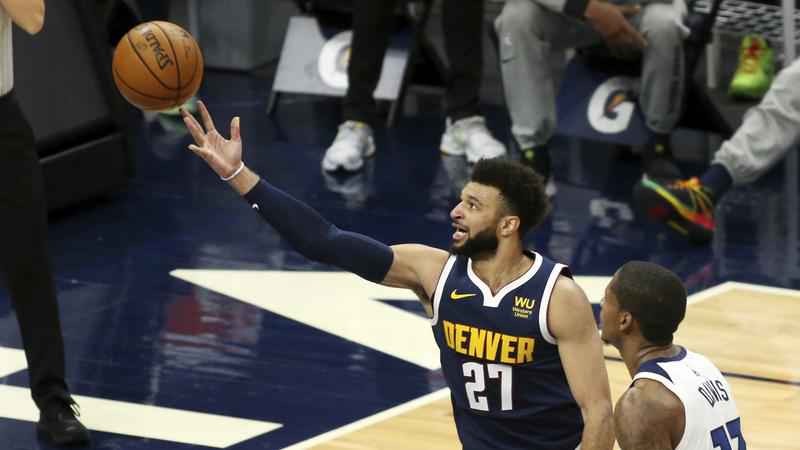 Denver Nuggets guard Jamal Murray shoots and is fouled on the play with Minnesota Timberwolves center Ed Davis (17) on defense in the first quarter during an NBA basketball game.[AP/Andy Clayton-King]

Jamal Murray scored a season-high 36 points, Nikola Jokic had 19 points, 12 rebounds and 12 assists for is fourth triple-double of the season and the Denver Nuggets beat the Minnesota Timberwolves 124-109 on Sunday night.

Murray kept Denver afloat while Jokic dealt with early foul trouble for the second straight game. Murray scored 26 points in the first half, including 16 in the second quarter. Jokic then helped the Nuggets overcome a Minnesota lead at the start of the fourth to pull away and snap a two-game losing skid.