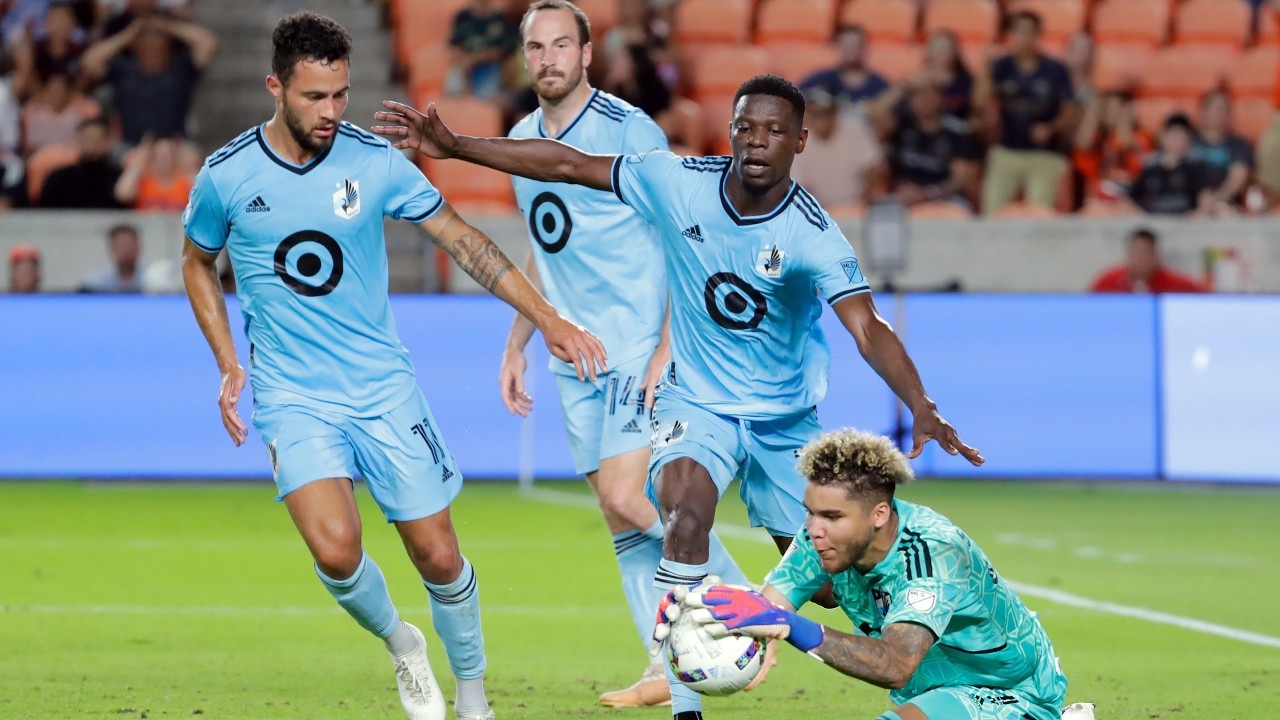 Minnesota United goalkeeper Dayne St. Clair, bottom right, makes a save in front of teammates, from top left to right, Niko Hansen, Brent Kallman and Bakaye Dibassy during the second half of an MLS soccer match against the Houston Dynamo, Saturday, July 23, 2022, in Houston. (AP Photo/Michael Wyke)

Minnesota United has agreed to a new contract with one of its defenders.

Monday, the club signed Bakaye Dibassy to a new one-year deal, which includes a club option.

The centerback joined Minnesota midway through the 2020 season after spending four seasons with Amiens SC.

Since his arrival, Dibassy has been a key part of Minnesota United’s backline.

He’s started 21 matches for the Loons this season, scoring one goal.

The 32-year-old is of Mali descent and also represents Mali’s national team.