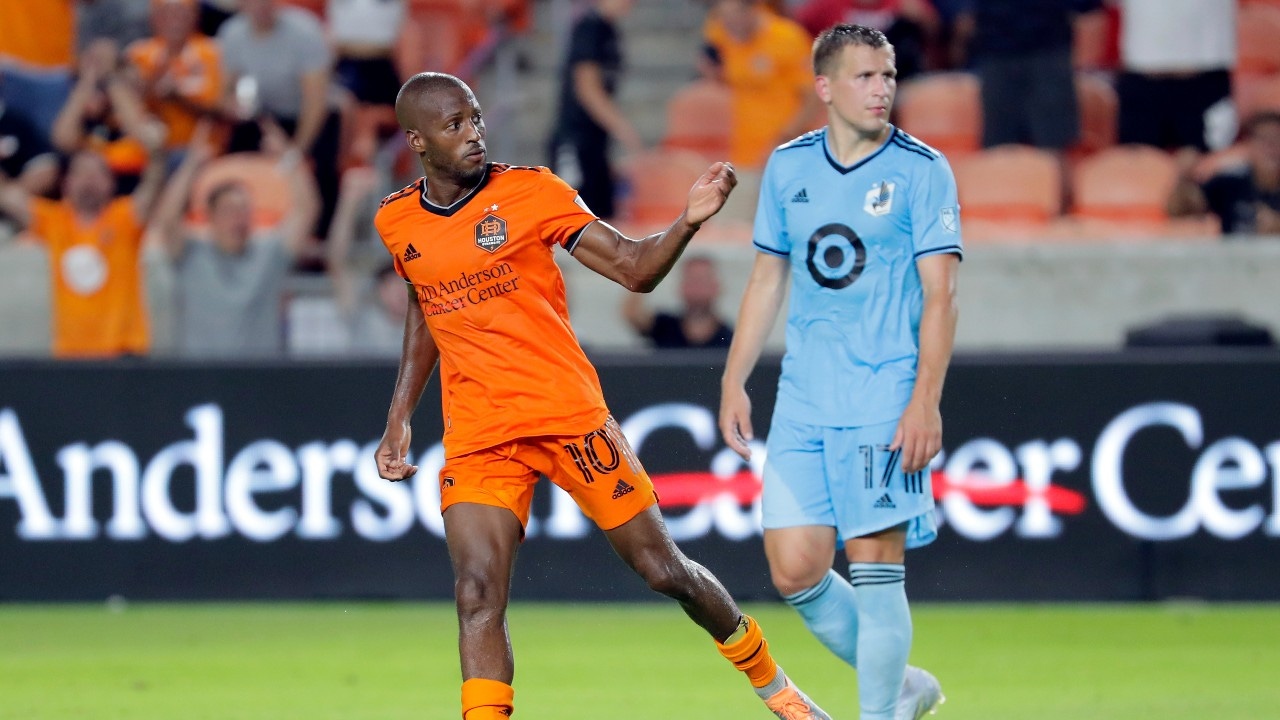 Houston Dynamo midfielder Fafa Picault (10) gestures to teammates after his goal as Minnesota United midfielder Robin Lod (17) looks on during the second half of an MLS soccer match Saturday, July 23, 2022, in Houston. (AP Photo/Michael Wyke)

One of Minnesota United’s midfielders is sticking around for a few more years.

Friday, the club announced it re-signed Robin Lod to a new, three-year deal, which includes a club option.

“There’s not much I can add to what I’ve said in the past, he’s a consummate professional, an incredibly intelligent footballer,” Head Coach Adrian Heath said in a statement. “Wherever we play him on the field, he contributes in a positive way. Pound for pound, he might be one of the best signings we’ve made since we’ve been at Minnesota. He’s been instrumental in everything that we’ve done to try to improve and get better and the fact that he has the versatility that he does to play the way he does in numerous positions, is an unbelievable positive for everybody. We look forward to working with him for the next few years.”

Lod has been with the Loons since July 2019 after leaving Spain’s La Liga 2 side Sporting de Gijon. Having already scored six goals this season, Lod is just two away from becoming the club’s leading goal-scorer in all competitions since United joined MLS.