It was scoreless into the second period until Minnetonka junior forward Wyatt Chartier scored a short-handed goal on an assist from freshman forward Beckett Hendrickson putting the Skippers up 1-0 with 9:49 left in the period.

The score remained 1-0 until the third period. With Minnetonka on a 5-on-3 power play, Skipper junior forward Reed Hanus scored on an assist from senior Duke Kiffin and senior Graham Harris to make it 2-0 Minnetonka with 11:16 left in the period. On the same power play , not even 30 seconds later, Hendrickson scored to make it 3-0.

Later in the period, Minnetonka senior forward Jack Quinn scored off a face-off to make it 4-0 with 7:32 left in the game. 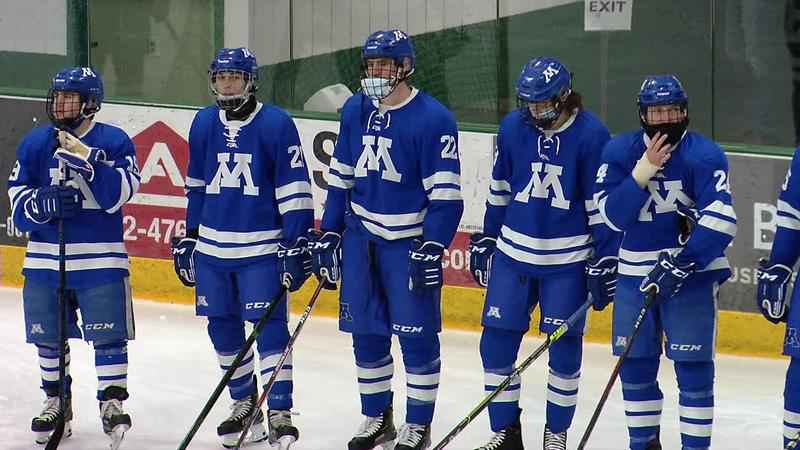 Minnetonka senior goaltender Kyle Briesemeister got the 31-save shutout for the Skippers.