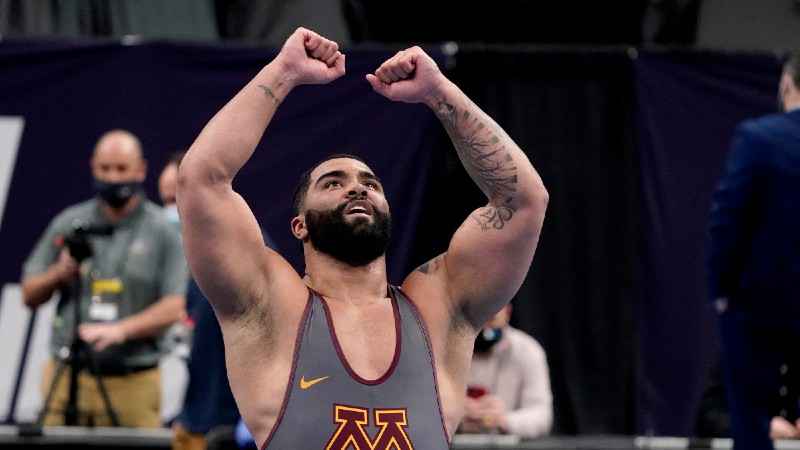 Minnesota’s Gable Steveson and Iowa’s Spencer Lee have been named winners of the Dan Hodge Trophy as the most dominant college wrestlers in 2020-21.

It marks the first time in the award’s 20-year history that two wrestlers shared the honor. Lee won the Hodge last year and last week he became a three-time NCAA champion at 125 pounds. Steveson won his first heavyweight national title.

The winner of the award is determined by fan vote and a committee made up of past winners, retired coaches and select media.