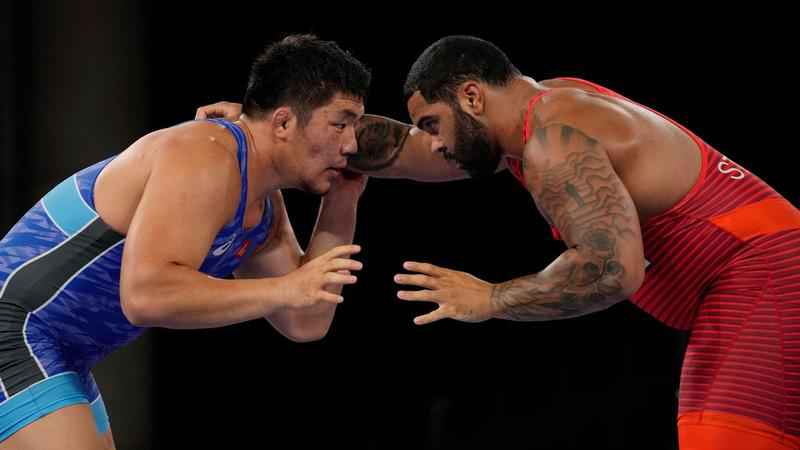 That included a win over the defending Olympic gold medalist from Turkey.

Steveson, 21, hopes to become one of wrestling’s youngest U.S. Olympic gold medalists. He wants that stage to help launch a career in WWE. Eventually, he hopes to cross over into movies like former WWE star Dwayne ‘The Rock’ Johnson.

Steveson’s stardom was seemingly planned. His mother named him Gable Dan — after wrestling icon Dan Gable. Gable was a two-time national champion wrestler at Iowa State and an Olympic gold medalist in 1972.

Steveson, who is from Apple Valley, said Gable’s name was known around the area.

Steveson has handled the pressure that comes with having that name in the sport. He followed in Lesnar’s footsteps by winning a national championship as a heavyweight for the University of Minnesota. He was the Dan Hodge Trophy winner as the nation’s best college wrestler after a 17-0 season. Then he won the Olympic trials. Now, he could add to his resume in Tokyo.

"It is the Olympic Games," Steveson said. "Everybody is good. Things can happen. And I’m coming for that gold medal, obviously, just like they are. So it’s going to be a battle."