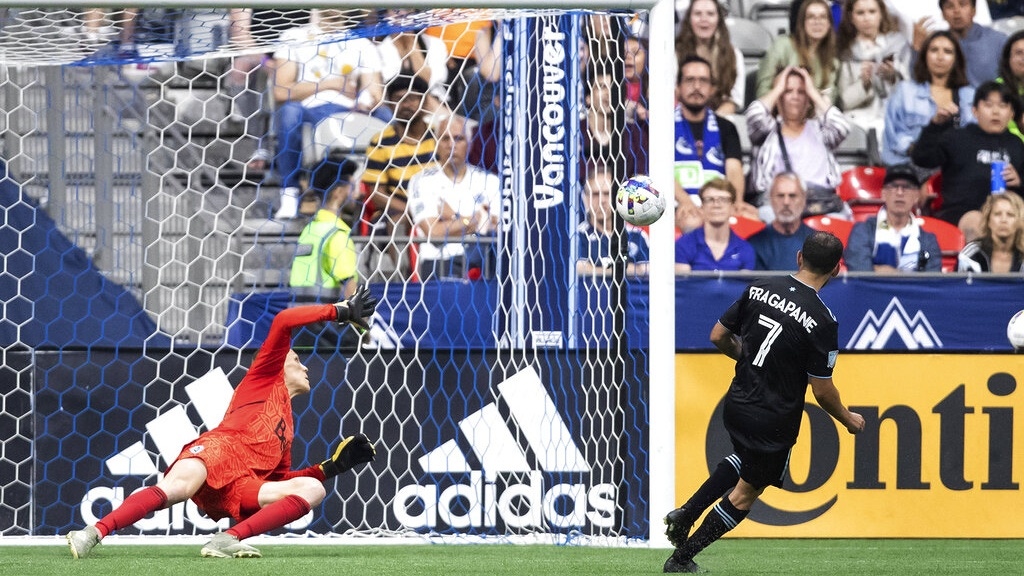 Lawrence tied it in the 71st minute to end Vancouver’s MLS shutout streak at 342 minutes, taking a pass from D. J. Taylor and drilling a shot past goalkeeper Cody Cropper. Amarilla gave Minnesota (8-8-3) the lead in the 84th with a hard shot from outside the box, and Fragapane connected in the 88th.

Second-half substitute Lucas Cavallini scored in the 63rd for Vancouver (7-9-3).