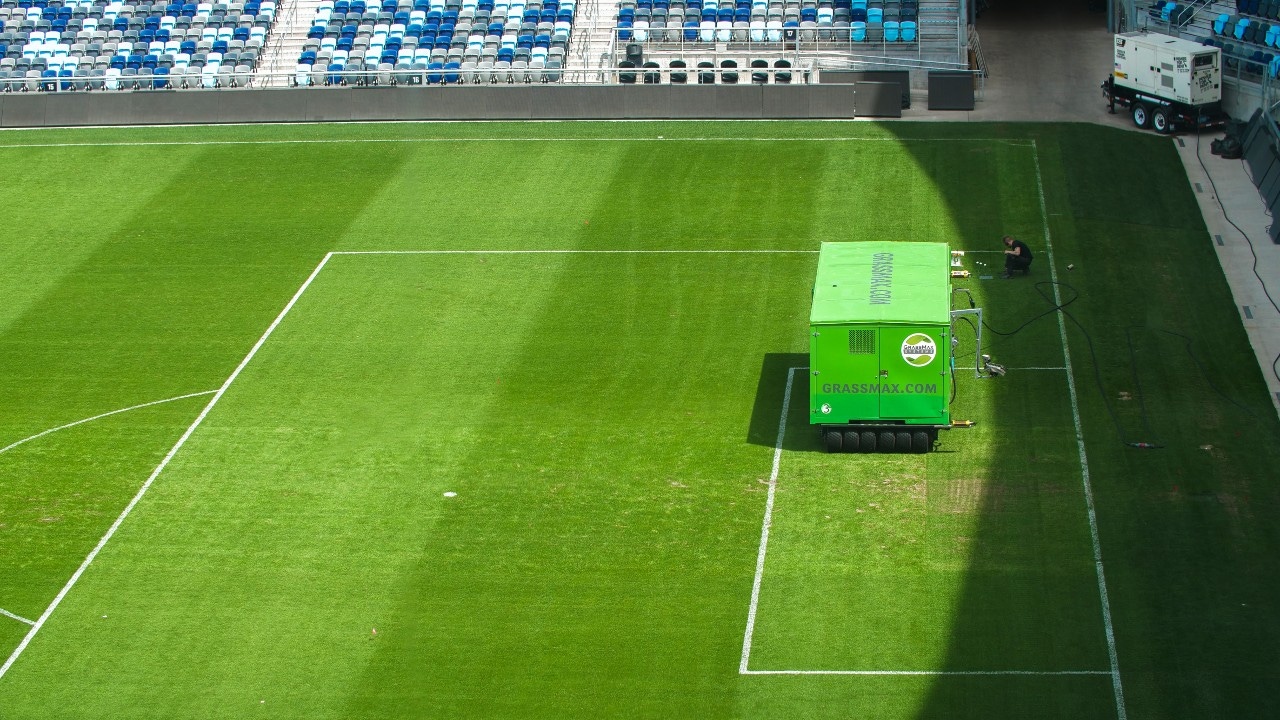 Allianz Field is getting an upgrade to its playing surface.

Monday, Minnesota United announced it has started upgrading the pitch to a GrassMax hybrid stitch system.

The new surface is supposed to bring an enhanced infrastructure and stability to the natural grass.

“The technology is proven, widely used in European leagues and very much the preferred surface for FIFA. There are some core elements of this game that have evolved over time with a focus on elevating pitch performance and player safety,” Ryan Moy, head groundskeeper at MNUFC, said in a statement. “This is certainly one of those elements. With respect to the evolution, it was only a matter of time before this technology reached MLS in a larger capacity. With a stitched surface at Allianz Field, we can offer a more consistent playing surface though the entire season. More specifically, we will be certain our surface will be stable in our colder seasons in Minnesota.”

According to the club, the new system is 100% grass cover that is reinforced with synthetic fibers, increasing the grass’s resistance to damage.

With the installation process already underway, Minnesota United said it expects the project to be completed by the end of the month.