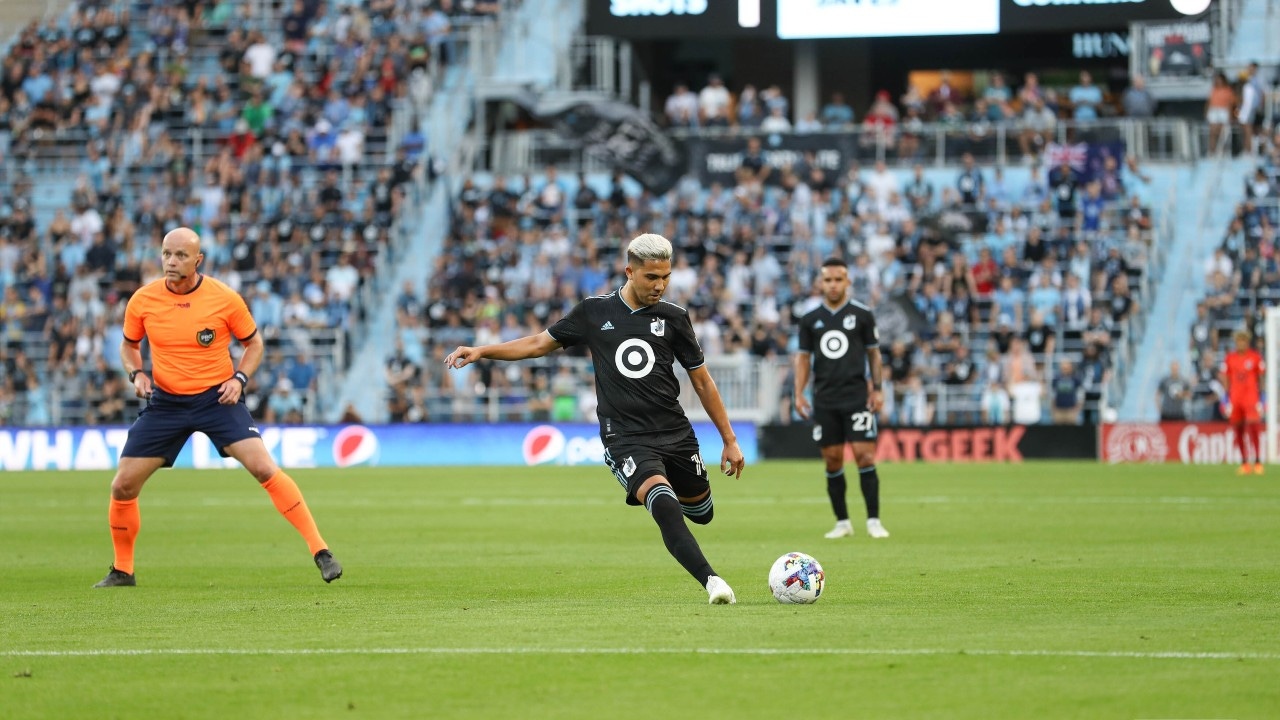 Minnesota United has re-signed its star attacking midfielder to a new three-year deal.

Wednesday, the club announced that Emanuel Reynoso signed a three-year designated player contract, which includes a club option and starts next season.

Reynoso, 26, was named a 2022 MLS All-Star and is one of three players in the league with at least 10 goals and 10 assists. He also leads MLS in successful dribbles, with 128.

Since he joined the Loons in 2020, Minnesota United is 25-5-5 in games where Reynoso has a goal or an assist, the club says.

“Well he’s an integral part of everything we are trying to do here. We’ve always said we have one of the best players in the league and for him to commit, which for me are his main years of his career, to the club speaks volumes for what we are trying to do,” Minnesota United Head Coach Adrian Heath said. “But more importantly, he gives us a real integral piece of what we hope will be a real successful future because he will be a huge part of that. We’ve got a really good working relationship and I don’t sugarcoat things with him, I let him know when I think things aren’t going right and he responds in the right way. We’re looking forward to having him. I know he’s pleased to be here so let’s go put some nice pieces around him and keep moving up that table.”

“The truth is since the first day I arrived, they treated me very well. I feel like a family here,” Reynoso said in a statement. “I’m thankful for the club, the technical staff, and all of my teammates. I’m very happy and content, as well as my family. To be able to extend my contract is good for me, good for my family. We’re very happy here in Minnesota. I’m going to give my best to this lovely club, who gave me everything.”

Before joining Minnesota United, Reynoso made 52 appearances for Club Atletico Talleres in Cordoba, Argentina between 2014 and 2017, and 45 appearances for Boca Juniors.