When you’re named after an NHL Hall-of-Famer, the bar is set awfully high. But Minnesota State junior goalie Dryden McKay is living up to those expectations.

In his first 14 games this season, McKay recorded an amazing eight shutouts – allowing a total of just 11 goals. He stood as the NCAA leader in goals against average (0.79) and save percentage (.959%). His record over the last two seasons is an incredible 43-5-1.

McKay, a native of the Chicago area, has amassed 22 shutouts in his career. That’s just four away from the all-time NCAA Division I carer record of former Michigan State Spartan and longtime NHL goalie Ryan Miller. With eligibility remaining, McKay has plenty of time to chase the record, unless he decides to depart to pursue a pro career. 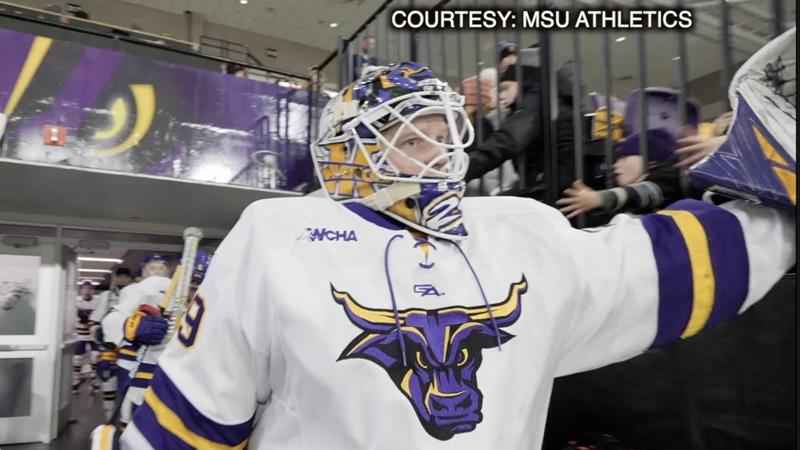 McKay and the Mavericks entered the weekend ranked 3rd in the nation.