Mahtomedi native and pitcher Mike Baumann achieved his dream, reaching the majors with the Orioles earlier this month. A third-round pick in 2017 out of Jacksonville (Florida) University, Baumann is listed at 6-foot-4 and 235 pounds and is appropriately nicknamed “Big Mike.”

We caught with Baumann, via Zoom, earlier this week, to recap his first two big league appearances and chat about what’s next.

***Click the video box above to watch the 5-Eyewitness News aircheck, then our entire conversation with Baumann***

Appearing for Baltimore just a day after being informed of his call-up, Baumann earned his first major league win by pitching 3 ? innings of relief without allowing an earned run vs. the Royals. He also made a recent appearancce out of the bullpen vs. Toronto.

Baumann was a starter in the minor leagues and was Baltimore’s co-minor league pitcher of the year in 2019. 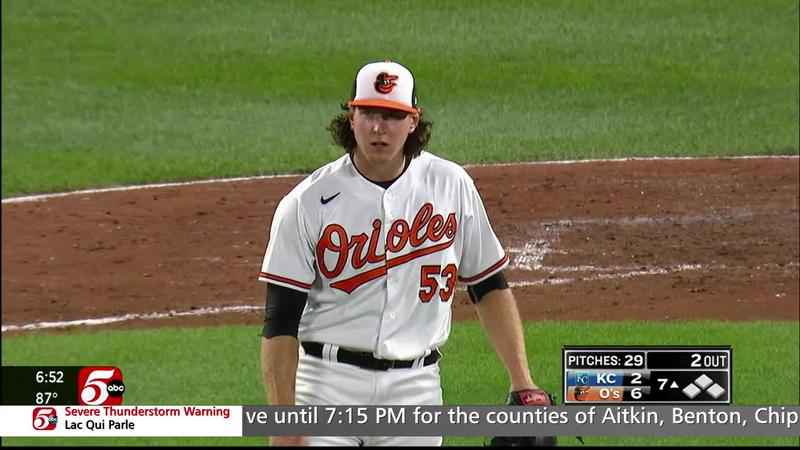 Mahtomedi native Mike Baumann during his MLB debut with Baltimore earlier this month. He earned the win that night vs. the Royals.[MASN Sports]