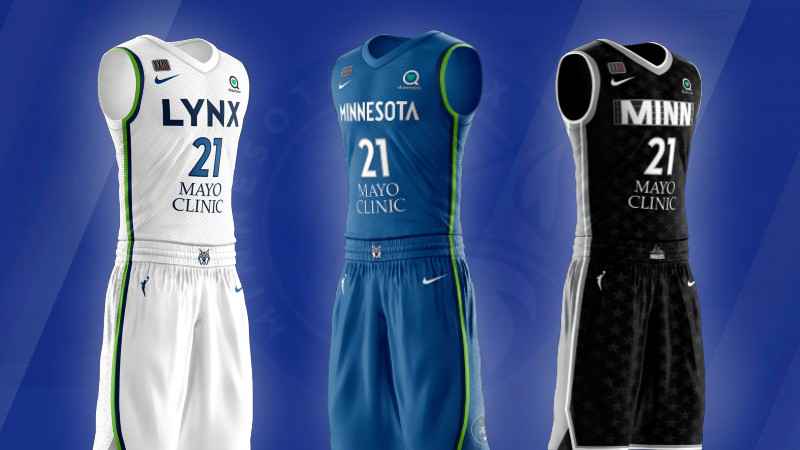 The uniforms will rotate throughout the upcoming season and celebrate each team’s local community attributes as part of the WNBA’s 25th anniversary season celebrations.

"The introduction of the Heroine, Explorer, and Rebel uniforms are significant and special as we celebrate the 25th anniversary of the WNBA. The Minnesota Lynx uses sport as a vehicle of change," Minnesota Lynx President of Business Operations Carley Knox said. "Each uniform embodies player and team characteristics – attitude, potential, power, and honors not only our fans, but our community as well. We’re excited to welcome back our fans at Target Center and look forward to seeing many of you in our new uniforms as well."

The white Heroine Edition uniforms were designed to show Minnesota’s courageous nature to rise above adversity and fight for what’s right.

The blue Explorer Edition uniforms were created to represent a relentless desire to hunt what’s next and showcase an ambitious spirit.

The black Rebel Edition uniforms were inspired by First Avenue, showing an unapologetic and disruptive spirit. A portion of the proceeds from the Rebel-inspired T-shirt will benefit the Twin Cities Music Community Trust.

A detailed look at each uniform can be seen here.