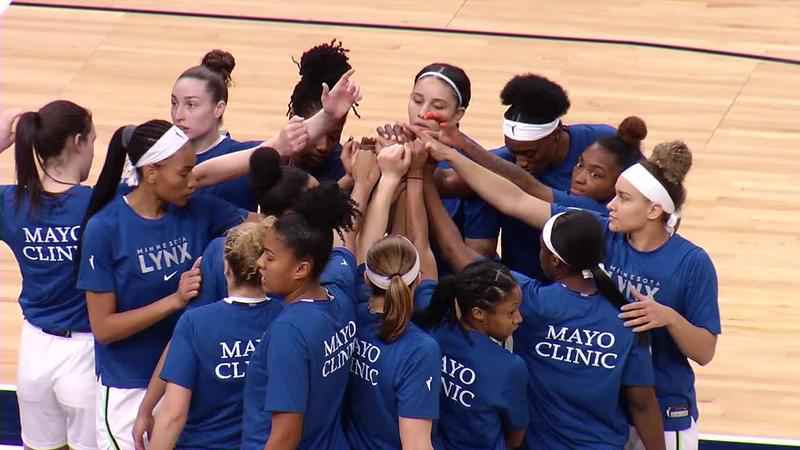 The Minnesota Lynx defeated the Washington Mystics 79-68 in their preseason opener on Saturday afternoon at Target Center.[KSTP/Scott Wise]

The Minnesota Lynx will tip-off the 2021 season Friday night, and it will be a little sweeter with fans back at Target Center.

The team will face the Phoenix Mercury at 8 p.m., and fans who attend can expect a completely contactless experience.

Through the Lynx mobile app, fans can buy and transfer tickets, buy merchandise and order food and beverages from their seats.

"We are so excited to welcome back our fans to Target Center," Minnesota Lynx President of Business Operations Carley Knox said. "There’s a lot to look forward to this season with the WNBA’s 25th anniversary and playing in front of the best fans in the WNBA. We’ve missed them and the energy they bring to ‘our house."

Minnesota is in its 23rd WNBA season, which is also the 25th season in the league’s history. The Lynx are coming off a busy summer that followed the organization’s 10th straight playoff appearance, which is tied for the second-longest streak in WNBA history.

The opener also comes as owner Glen Taylor agreed to a plan to sell the team and the Timberwolves. The Lynx and Timberwolves released the following statement Friday: