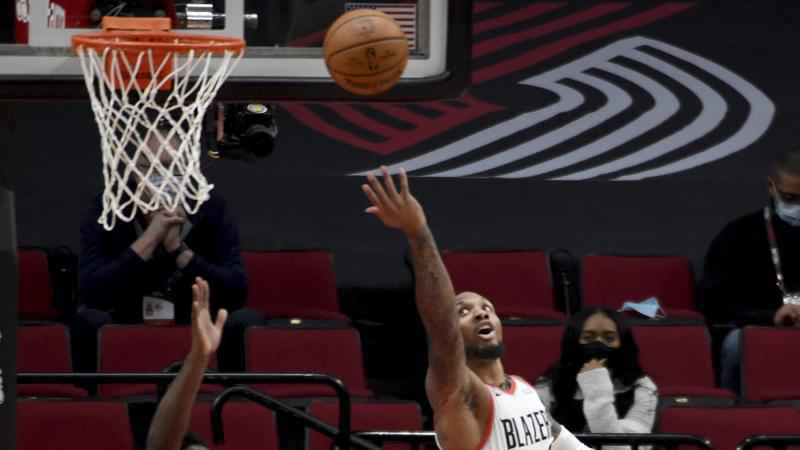 Damian Lillard had 39 points, including seven 3-pointers, and the Portland Trail Blazers handed the Minnesota Timberwolves their sixth straight loss with a 135-117 victory Thursday night.

CJ McCollum added 20 points for the Blazers, who led by 33 in the second half. Jusuf Nurkic had 17 points and seven rebounds before Portland rested its starters in the fourth quarter.

D’Angelo Russell and Anthony Edwards each scored 26 points for the Timberwolves (2-6), who continue to struggle without Karl-Anthony Towns as he recovers from a dislocated left wrist. He’s missed six games, coinciding with Minnesota’s losing streak.
The Timberwolves had a narrow 29-28 edge after the opening quarter, paced by Russell with 11 points.

After leading 75-56 at the break, the Blazers pushed their advantage to 95-65 in the third quarter on Lillard’s 3-pointer from 33 feet out.

Timberwolves coach Ryan Saunders said help might be on the way soon because Towns has been making progress. "Once we get back to Minnesota, we’ll evaluate more, and get him around the team and see where he is at that point," Saunders said.

Timberwolves: Minnesota was also without Josh Okogie, who has missed five games with a strained left hamstring. … Saunders said the Timberwolves discussed the mob of President Donald Trump supporters who stormed the U.S. Capitol on Wednesday. "It was disgusting to watch in so many ways and it shows just how far we have to come as a country when it comes to coming together," he said.

Trail Blazers: Rodney Hood returned after missing two games with a quad strain. … The Blazers have made 12 or more 3s in every game this season. … McCollum had four 3s before heading to the bench.

The Timberwolves host the first of two straight games against San Antonio on Saturday.
The Trail Blazers visit Sacramento on Saturday.