Faith Johnson-Patterson is a big name in Minnesota sports.

She was the first African American woman to coach a team to a girls basketball state championship, and she’s won a record eight state titles. But things didn’t end the way she hoped.

Now, an unlikely turn of events is giving her an opportunity to rewrite that ending.

Click the video box on this page to see KSTP Sports’ story on Faith Johnson-Patterson’s return to coaching and the long, emotional road she traveled to get back

Between her record-setting success at DeLaSalle and Minneapolis North, Johnson-Patterson knows winning. But she also knows loss. Conflicts with parents and administrators at Eden Prairie and Edison not only cost her jobs, she lost part of who she was. 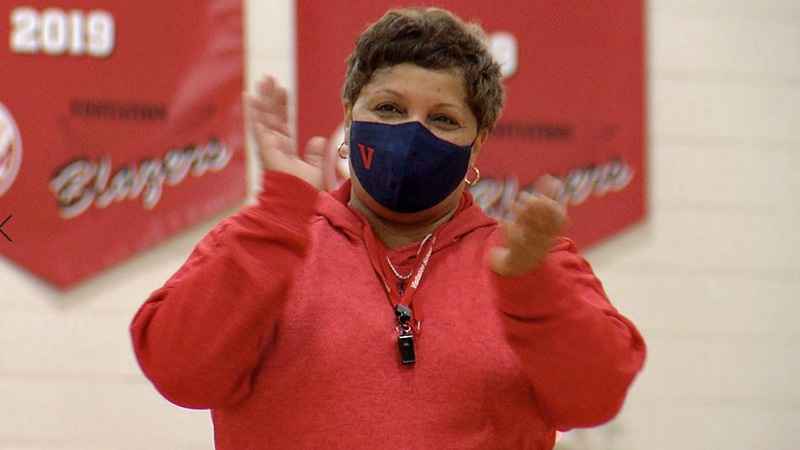 "I really had to kind of come to grips with the fact that my coaching career was over," Johnson-Patterson said.

Then, last month, three years into her retirement, a message came out of the blue on social media.

"We had a coaching change last minute, and I went upstairs to my boss’s office and I said, ‘I’ve got a shortlist and Faith Johnson-Patterson is right at the top of it," Elisa Manny, director of competitive athletics at Visitation School in Mendota Heights, said.

While Johnson-Patterson initially said she was retired, many talks and visits led to the formation of a friendship. Eventually, she had a breakthrough.

"I knew at the time that I could do this and be in a place where I felt safe and protected," Johnson-Patterson said. "And I needed that, because, you know, it’s kind of tough out there, and, you know, you got people coming at you, judging you, assessing you. It’s been a constant fight. People don’t understand — coaches actually get hurt too. I just, I needed to process and make sure that I was actually capable of being able to be Faith Johnson-Patterson again. I became ‘Faith.’ ‘Coach’ was, you know, was retired."

The Visitation student body is different from her previous posts but that was actually part of her motivation to take the job.

"The thing is, they have to be in a situation where they see those individuals and see people that are not like them and have an opportunity to get to know them and be comfortable," Johnson-Patterson said. "I mean, the world is different. From the pandemic, the death of George Floyd, which actually happened right in front of my stepfather’s church. It was all just really close and I wanted to be able to do something, make a difference or somewhere and be in an environment, literally, where you know diversity is important and inclusion is important. And then, this being an all-women’s, you know, a girls school, I mean, you can’t get any better than that."

"She believes in possibilities and potential and not limits, and that aligns exactly to who we are as a school," Head of Visitation Rene Gavic said.

A week before the season began, Visitation players learned they had their new coach.

"We got the news over an email and, honestly, at first, I didn’t recognize the name but my parents, they recognized the name. All of a sudden, it was like, ‘Oh my gosh, we get Coach Johnson to be our Visitation basketball coach,’" Emily Groppoli, a senior for Visitation, said.

"A coach isn’t just about, like, what they teach you on the court, or the skills they teach you. It’s the life skills," Olivia Johanns, a junior, added.

"I think with her history of very successful basketball teams, it is a little bit of pressure to kind of live up to that standard, but we just know that whatever we’ll be gaining through the experience will be more important than wins and losses," senior Julia Finn said.

News of the hire traveled fast.

And the moment Johnson-Patterson met her new team, she had a "wow" of her own.

"The moment I saw them, I literally wanted to tell them that day, ‘I love you.’ But, you know, I’m like, I don’t want them to think I’m weird," Johnson-Patterson said.

"The first day, we all had to draw a picture of something we wanted the coaching staff to know about us," Groppoli said. "And when it was her turn, she said that she is a giant softy and she just drew the biggest heart. I think that really hit home for me knowing that she’s always going to care about all of us and, you know, just help us get through."

As their relationship grows, that’s what Johnson-Patterson will do for her team, but there’s also what they’re doing for her.

"When I stood up there in front of them, you know, it came to me. I thought, ‘Oh my God, I actually have a team again,’" Johnson-Patterson said.