The game was a classic pitchers’ duel between senior Lexi Haglund of North and sophomore Jessa Snippes of Rosemount. The game was cruising along, with both pitchers dominating, until the top of the fifth inning. Irish senior Izzy Yahr doubled for Rosemount. Then, Snippes helped her own cause with an RBI single to make it 1-0 Irish.

After giving up a walk and a single in the first inning, Snippes went on to retire 16 straight Panther batters. The Panthers were down to their last three outs when Panther senior Jordan Ahrenstorff stepped up to the plate. Ahrenstorff would blast a solo home run over the right-field fence to make it a 1-1 ballgame.

In the bottom of the eighth inning, Kristen Thomas walked for Lakeville North. Ari Loesch singled, setting up runners on first and second base. Then, Nebraska commit McKinley Malecha proceeded to rip a single to center, scoring Thomas, and giving the Panthers the 2-1 extra-innings victory. 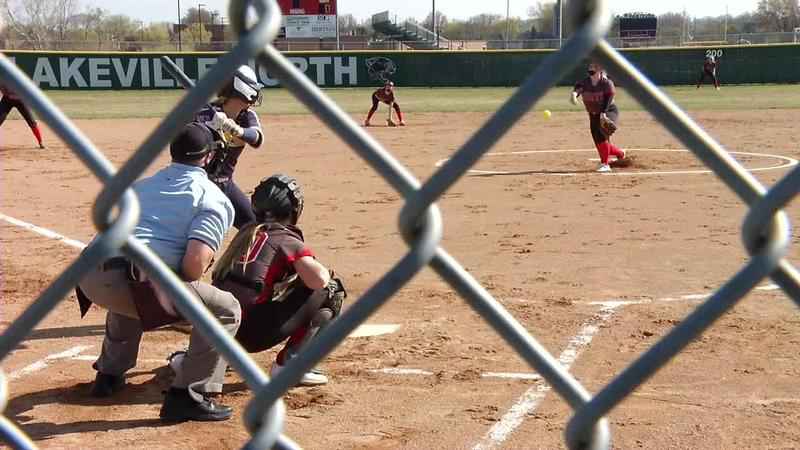 Snippes finished the game with 16 strikeouts, to go along with three hits, and one RBI. Haglund pitched a complete game, giving up only six hits, and striking nine batters.

Rosemount drops to 5-1 on the season, while the Panthers improve to 4-2.